The remains of a cashier, Joseph Myaan, who was kidnapped in Katsina-Ala Local Government Council of Benue State, have been discovered in a shallow grave.

It was gathered that the body was found on Wednesday January  6, in Akpera area of Tongov community in Katsina -Ala.

The deceased, who worked in the Revenue Department of the Katsina-Ala LG, was  kidnapped over a month ago.

His family reportedly paid undisclosed sum as ransom to the kidnappers to secure his release but they still killed him.

The remains of Myaan had been deposited in the Katsina-Ala  General Hospital morgue. 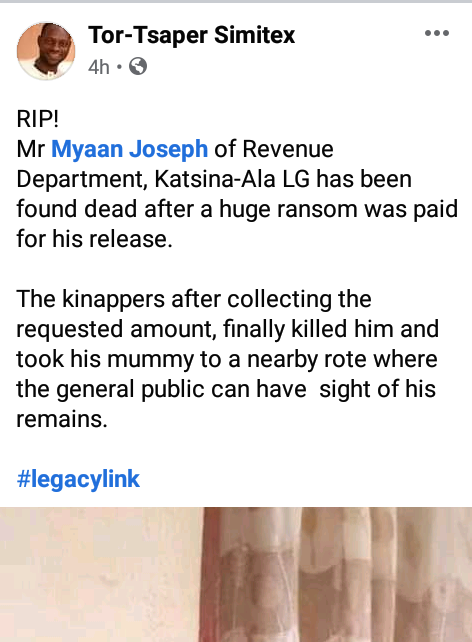 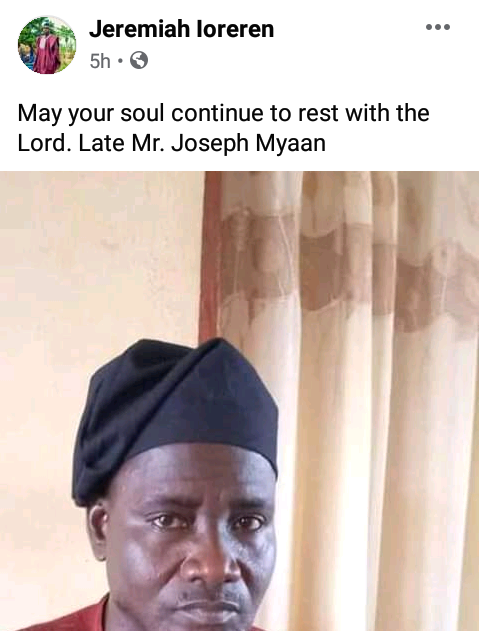