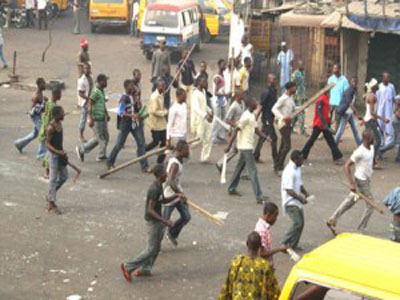 A group of hoodlums led by a man simply identified as ‘Ikeja’ and some Hausa traders clashed on Saturday in Osun State.

Although the cause of the clash was not yet known, heavily armed policemen were seen moving towards the Sabo area of Osogbo, the state capital.

Many were reportedly injured in the clash but no casualty has been confirmed as of the time of filing this report.

Police Public Relations Officer for Osun State Command told our correspondent that “policemen have been deployed to the scene. The situation is under control.