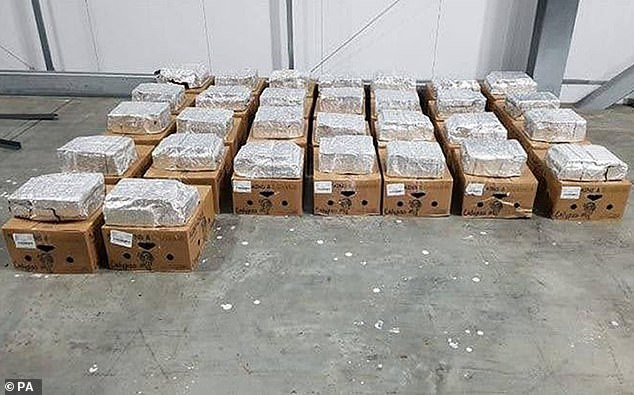 Authorities have discovered a ton of cocaine concealed within shipments of fruit at Dover port, England.

The class A drugs, which reportedly have a street value of approximately £100 million, were discovered in pallets that had arrived into the Port of Dover on a vessel from South America on Tuesday September 22.

The ‘huge seizure’ will now take away a ‘valuable commodity that would have been sold to fund further serious and organised criminality’, the National Crime Agency (NCA) said.

Two men have been arrested on suspicion of importing class A drugs following a joint operation by the NCA and Police Scotland Organised Crime Partnership.

The 40-year-old from Brentwood, Essex, and the 64-year-old from central Glasgow were questioned before they were later released under investigation.

NCA director of investigations Nikki Holland said: ‘This is a huge seizure of class A drugs, made as a result of some excellent joint working between the NCA and Police Scotland under the Organised Crime Partnership (Scotland), and our Border Force colleagues.

‘This operation has prevented a large amount of cocaine from making it on to our streets, we estimate that once adulterated and sold it could have had a street value of up to £100 million.

‘So in making this seizure we have taken away a valuable commodity that would have been sold to fund further serious and organised criminality.

‘Our investigation into this attempted importation is continuing.’ 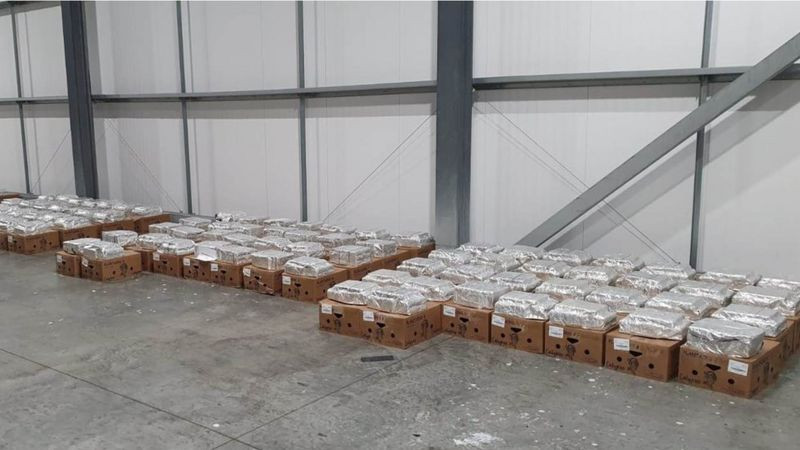 ‘This operation and our other recent successes underline our unwavering commitment to working with partners, including the NCA, Border Force and SOC Taskforce, to disrupt this sort of criminality.’

‘Working together we will relentlessly pursue those who seek to bring misery to our communities whether they are in Scotland or elsewhere in the world.’

Searches have been carried out in Glasgow and Essex as the investigation continues, the NCA said.