Petr Kellner, Czech Republic’s richest man has been killed in a helicopter crash in Alaska, his financial group PPF has said

“We announce with the deepest grief that, in a helicopter accident in Alaska mountains on Saturday, March 27, the founder and majority owner of the PPF group, Mr Petr Kellner, died tragically,” PPF said in a statement.

The 56-year-old billionaire and four others died in the crash, whose circumstances were being investigated..

Alaska State Troopers said Kellner and other victims were aboard an Airbus AS350 B3 helicopter when it went down near Knik Glacier northeast of Anchorage at 6.35pm on Saturday, March 27. 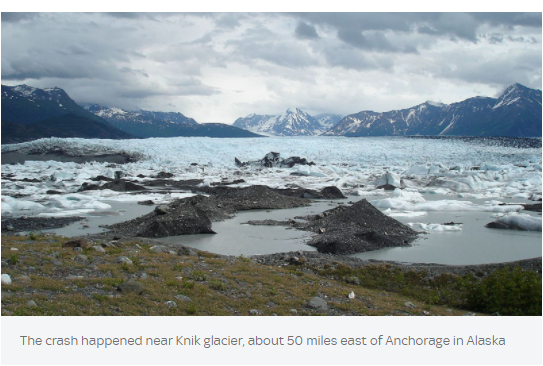 A sixth person on board was in a serious but stable condition at an Anchorage hospital, Alaska State Troopers said.

The others killed were identified as Gregory Harms, 52, of Colorado; Benjamin Larochaix, 50, also of the Czech Republic; and two Alaskans, Sean McMannany, 38, of Girdwood, and the pilot, Zachary Russel, 33, of Anchorage.

Kellner was a towering business figure of the Czech post-communist era, with his wealth estimated at $17.5bn, according to Forbes.

The Czech prime minister, Andrej Babiš, offered his condolences to the family. “Unbelievable tragedy. I am very sorry,” Babiš said on Twitter.

Mr Kellner made his first fortune in the 1990s through the launch of an investment fund that he used to buy a controlling stake in the country’s largest insurance company. He bought a major European broadcast network, Central European Media Enterprises, for $1.1bn last October, prompting fears in the Czech Republic that the network might lose independence.

PPF is the main owner of consumer lender Home Credit, which has grown in China and elsewhere in south-east Asia as well as a group of telecommunications firms in central and eastern Europe including O2 Czech Republic.

His death came at a time when PPF was acquiring a stake in the Czech bank Moneta Money Bank and proposing to merge it with his Air Bank and the Czech and Slovak assets of Home Credit.