Desmond Elliot’s PA and Surulere area commander visit Ojahbee’s mother to apologise after she was assaulted by policemen.

Desmond Elliot’s PA and Surulere area commander have visited singer Oxlade’s manager, Ojahbee’s mother few days after she was assaulted by policemen during an #EndSARS protest.

Though the policeman behind the assault has been arrested, Ojahbee’s sister however revealed that the police boss said they had to apologize in person as House Of Representatives Speaker, Femi Gbajabiamila had allegedly threatened to ensure that they lose their jobs. 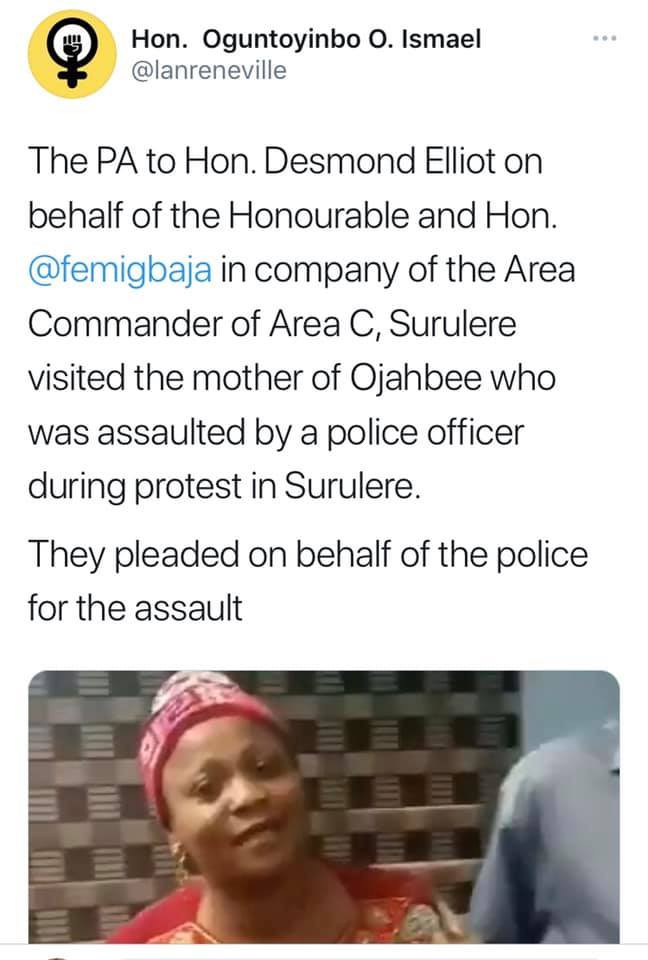