A lawyer has narrated how a man ended up in jail for acting out of anger when he caught his wife sleeping with the landlord.

The lawyer explained that the husband took a stool and hit his landlord on the head when he caught him with his wife.

The landlord died instantly and the man was arraigned for murder.

While in court after 5 years of trial, he confided in his lawyer that he regrets killing his landlord because it has occurred to him just how many men the same wife he was fighting to keep must have slept while he’s away in jail.

The man came out of jail after spending 10 years in prison only to discover that his wife already has two sons and a daughter with a neighbour.

The lawyer went on to advice people not to kill themselves over a cheating partner. 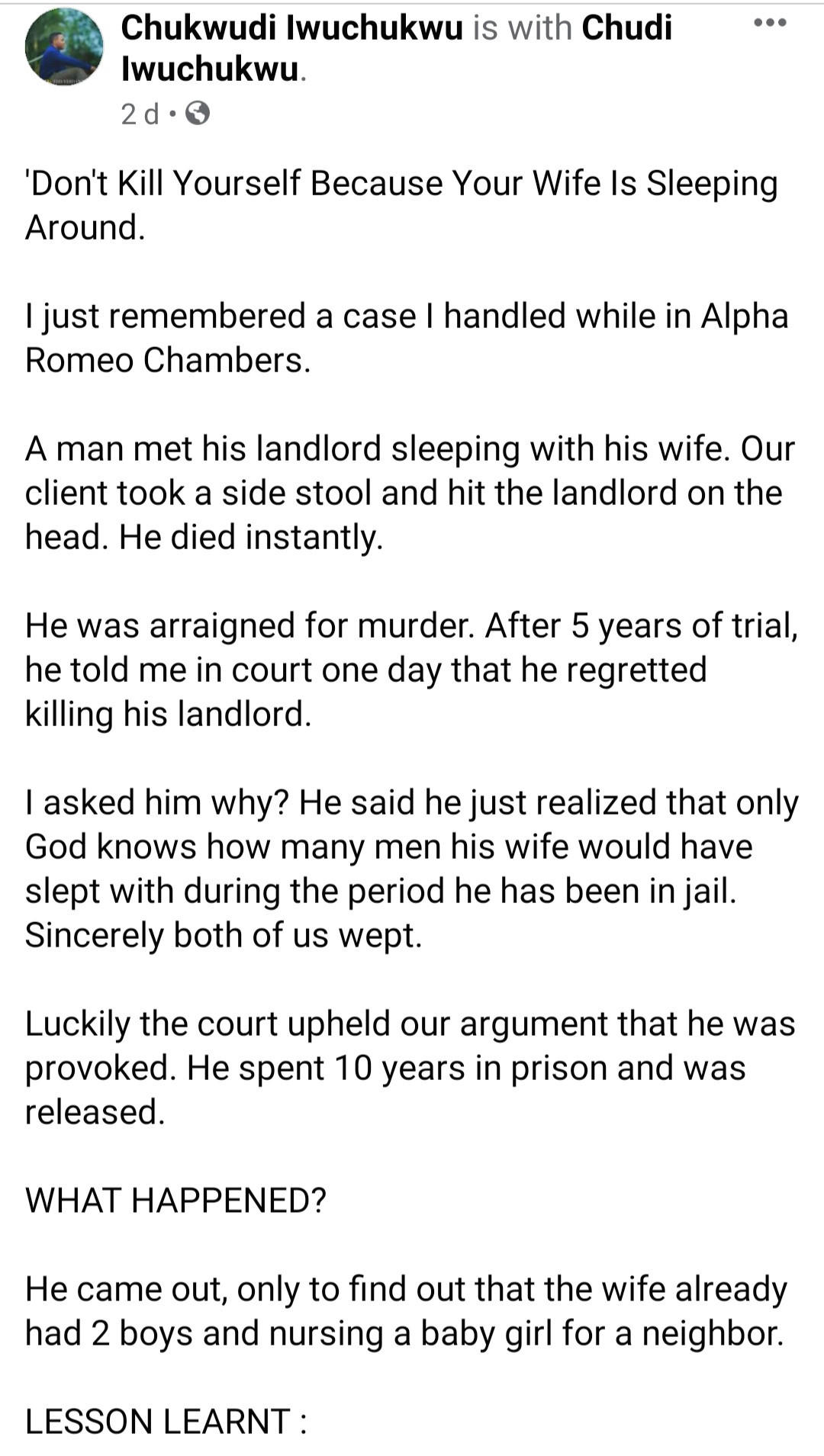 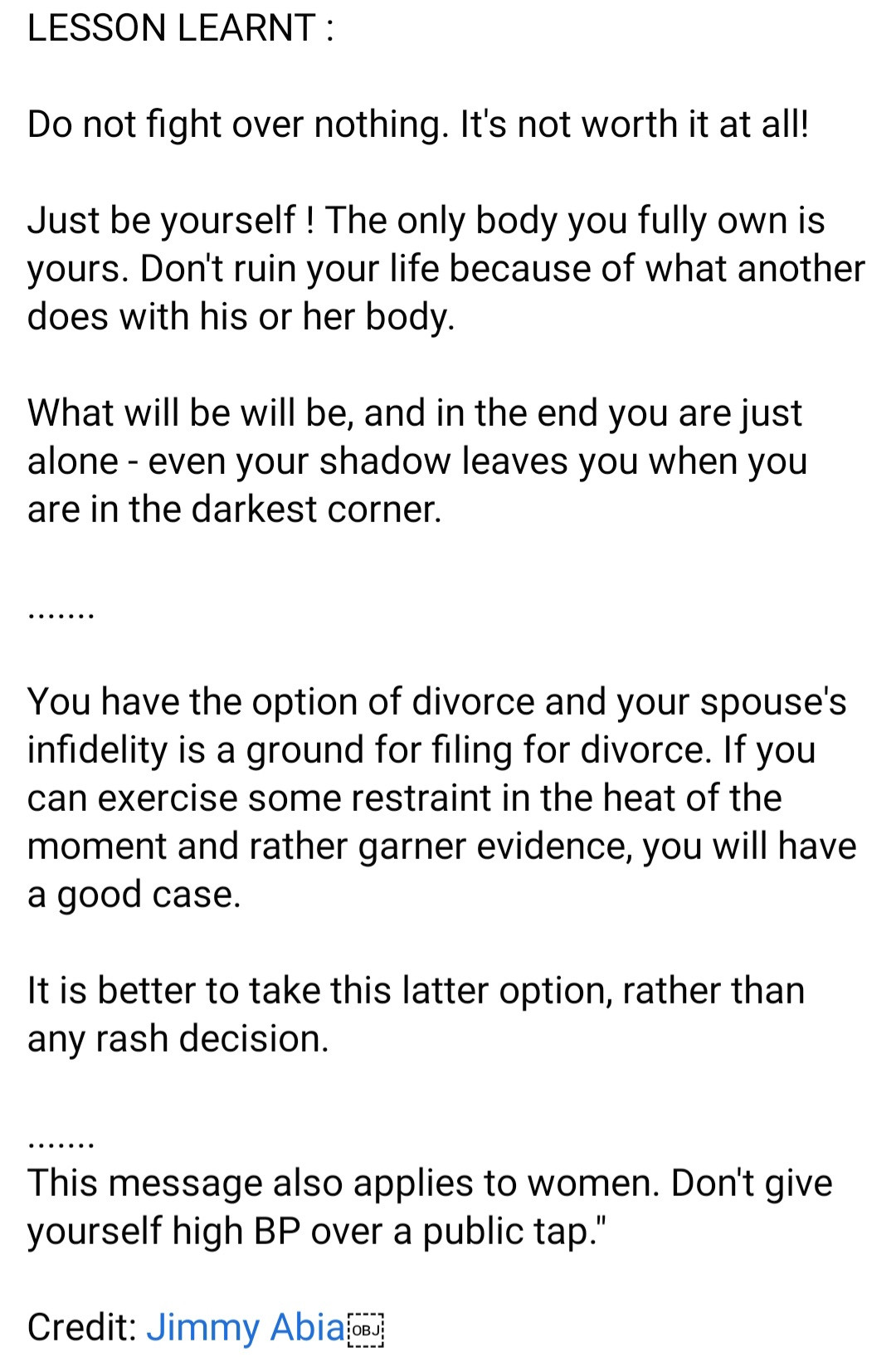