Dr. Dre back in the studio days after his release from hospital for brain aneurysm (Photo)

Dr.Dre has quickly returned back to work after release from the hospital for a brain aneurysm.

Just a day after getting released from the hospital, the music mogul returned back to the studio doing what he knows best.

Grammy-winning producer, Focus shared a photo of himself alongside Dre and others posing in the studio on Sunday, January 17. 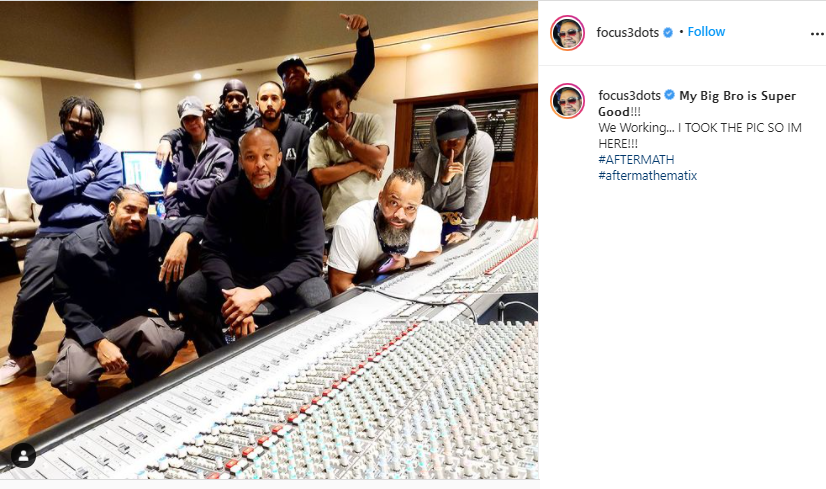 The hip-hop mogul went home on Friday, January 15, after being kept at Cedars-Sinai’s intensive care unit in Los Angeles for 11 days.

Doctors still do not know how he suffered the suspected aneurysm in the first place after he was rushed to Cedars-Sinai Medical Center in Los Angeles but he is receiving round-the-clock care from medical professionals as he continues to recover.