The Domestic & Sexual Violence Response Team (DSVRT) has called for help in identifying the boyfriend who beat his girlfriend for allegedly cheating on him.

Recall that a girl named Anita was filmed being harassed by her boyfriend and his friends for allegedly cheating and trying to pin the pregnancy on two men.

When her boyfriend confronted her for cheating, she told him that he too has cheated on her before. This made him angry and he slapped her while telling her that he is a boy and can cheat.

DSVRT Lagos has now gone on Twitter to ask for information about those involved in the video.

The tweet reads: “DSVRT welcomes any person with vital information concerning the persons involved in the following videos.” 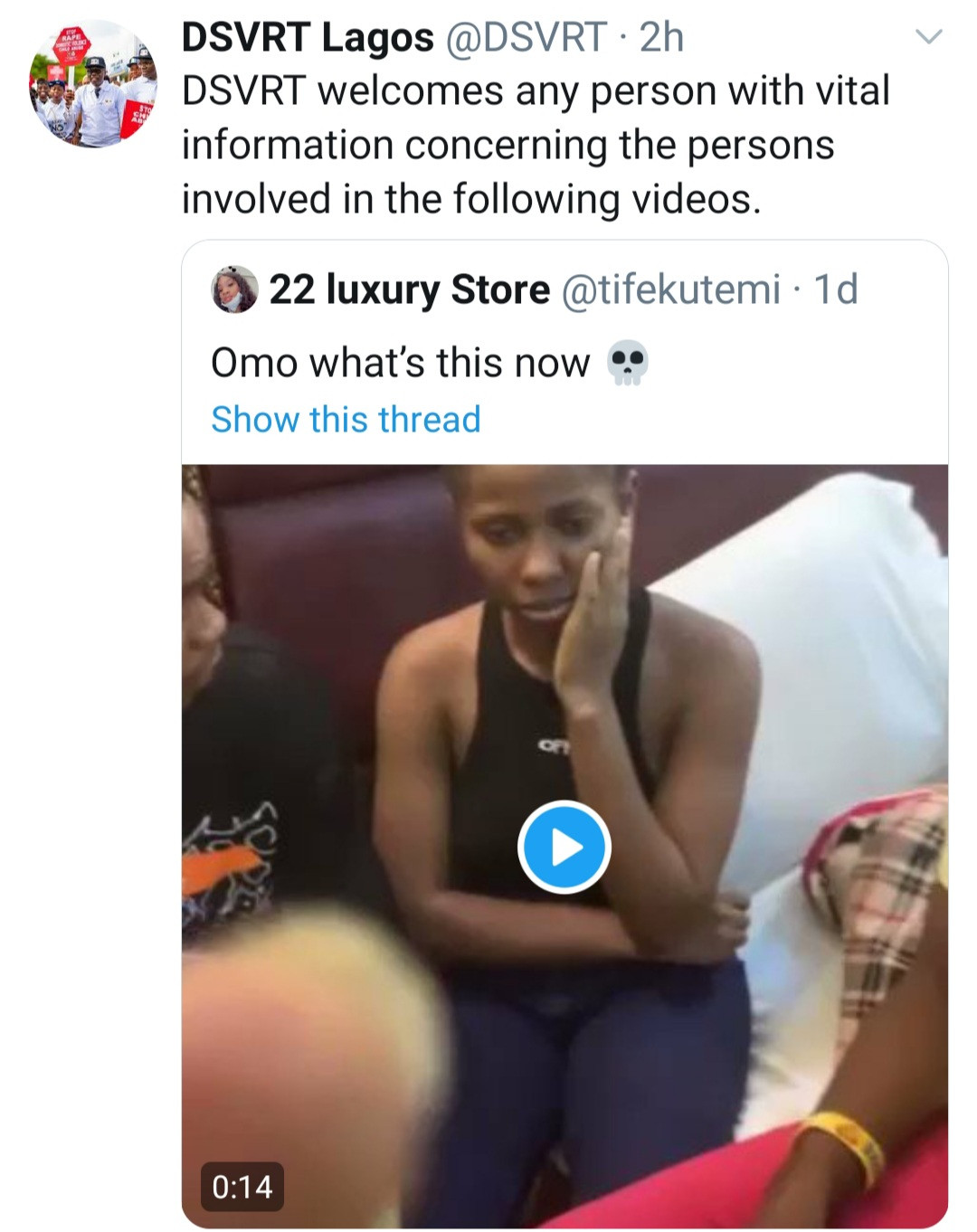 There is no rift between President Buhari and his strong ally, Asiwaju Bola Ahmed Tinubu – Presidency