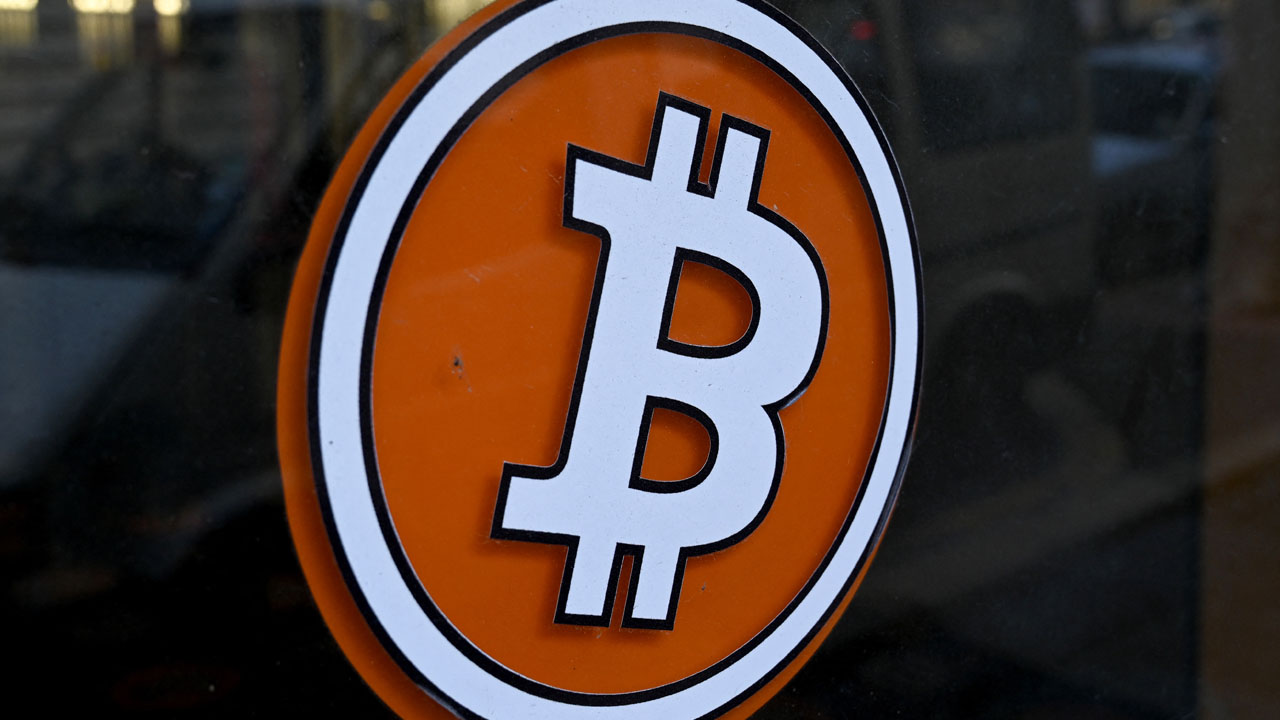 January 8, 2021, shows a Bitcoin digital currency logo on the front door of an ATM in Marseille, southern France. – Bitcoin’s value plunged on May 19, 2021, after China signaled a new crackdown on the cryptocurrency, but its losses were cushioned after Tesla head Elon Musk spoke up on Twitter. The virtual currency fell to almost $30,000 — less than half the record value it reached last month — before climbing back over $39,500 around 2000 GMT. It was still above its level at the start of the year. Bitcoin recovered somewhat following tweets from Musk that featured a diamond and hands emoji, taken as a signal the company had not sold off its huge bitcoin holdings as the CEO appeared to suggest recently.

London stocks edged up by 0.2 percent at midday in the British capital.

Frankfurt stocks added 0.5 percent and Paris won 0.6 percent in early afternoon eurozone trade, despite a mixed session in Asia, as dealers mulled reportedly upbeat remarks from the head of the European Central Bank.

Bitcoin stabilised after Wednesday’s wild gyrations that saw the world’s most popular cryptocurrency lose almost a third of its value in one day before recovering most of the losses.

Oil however fell further after US data showed a jump in stockpiles, indicating weaker demand in the world’s top crude consumer.

“The more upbeat tone in Europe comes as authorities across the region are easing pandemic restrictions due to a falling number of Covid cases and rising vaccine rates,” said OANDA analyst Sophie Griffiths.

“ECB Governor Christine Lagarde noted the improving Covid picture in Europe while insisting that monetary and fiscal support should not be withdrawn too soon.”

Thursday’s gains were still capped after minutes showed some US Federal Reserve officials contemplating a cut in its vast monetary easing measures.

Nevertheless, global equities have soared after hitting their pandemic nadir in March last year, thanks to central bank largesse and mind-boggling government spending measures, with recent gains also helped by the rollout of vaccines and easing of lockdown measures.

But investors have for months grown increasingly concerned that the blockbuster bounceback expected in the world economy will fan inflation as the stimulus mixes with cashed-up consumers who have been unable to spend finally being let loose.