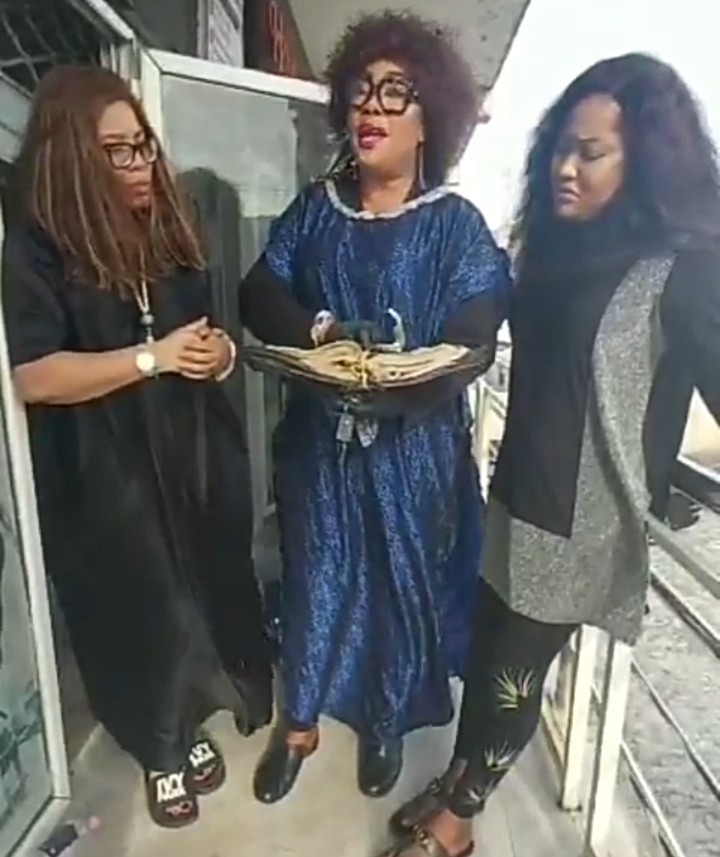 Eucharia Anunobi has placed curses on those who accused Uche Elendu of lying that her store was looted to chase clout.

Uche Elendu had shared videos of her store vandalized by looters and actress Doris Ogala reacted by claiming Uche Elendu was showing off other people’s looted stores as hers just to chase clout. Doris warned Uche to come clean else she would expose her.

Uche Elendu later reacted when her fans asked her about Doris’ claim. She insisted her store was looted.

Subsequently, a prayer session was organized at Uche’s looted store. Actress Eucharia Anunobi, who also doubles as an evangelist, was present, together with actress Monalisa Chinda.

While praying, Eucharia placed curses on those who accused Uche Elendu of lying that her store was looted to chase clout. She also backed up the curses with passages from the Bible.

Eucharia said: “It could have happened to anybody yet some wicked people opened their mouth and say you are chasing clout.

“Somebody sees millions, having been invested and it is lost and says you are chasing clout…

“Today I stand in the authority of the name that never fails and I say as God has spoken that evil shall not depart from those who pay evil for good.

“Today I decree with the unction of God upon my life, I say, Lord, those who are speaking evil concerning this your shop and saying you are chasing clout when there is absolute vandalization after millions have been invested…

Uche Elendu replied “Amen” to the prayer while silently crying. 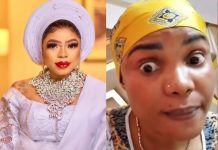 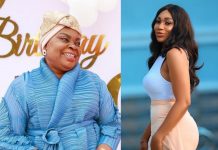 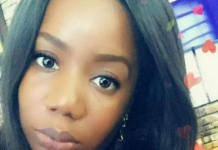