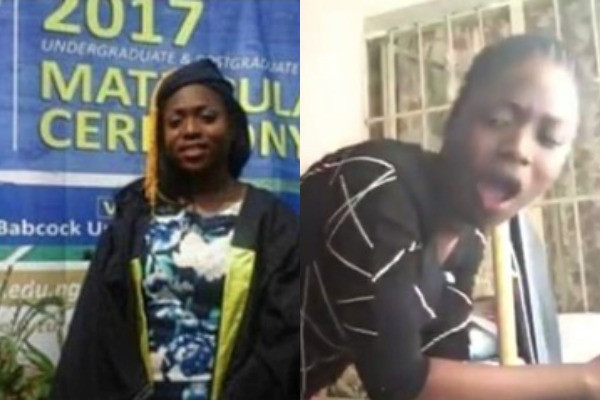 One of the ex-Babcock University students in the sex tape video which went viral in November 2019, has gotten a scholarship to study abroad.

Dr. Ola Brown of Naija Flying Doctors shared the good news on Twitter while revealing that she has made scholarship payments for the young lady to study abroad.

The British-Nigerian medical doctor also disclosed she is set to travel in the next few months.

She wrote: ‘Just made her scholarship payment. She will be travelling out to study in the next few months. Future head of the IMF/World Bank loading by God’s grace.’

Just made her scholarship payment. She will be travelling out to study in the next few months.

The young lady involved in the viral sex tape is said to be the daughter of a Senior Pastor of Calvary Bible Church, and she was a 300 level student of accounting at that time.

She was captured in the viral video when she visited another male student at the hospital, where he was admitted for destructive addictions in April. The pair had sex on the hospital bed and filmed the act.

The management of Babcock University later confirmed the expulsion of the students involved in the leaked sex tape.