Festus Keyamo says all Nigerians are qualified for recruitment . 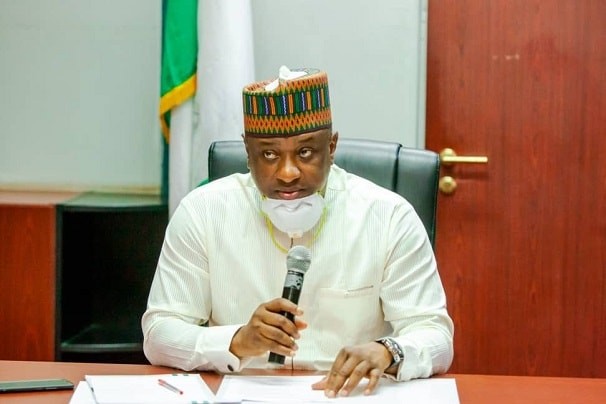 The minister of state for labour and employment, Festus Keyamo, has clarified the recruitment criteria for the federal government’s 774,000 jobs – Keyamo said anyone residing in any local government area is qualified for employment in the programme –

The minister tells the National Directorate of Employment (NDE) to take note about his directive The minister of state for labour and employment, Festus Keyamo, has given directions to committees tasked with selecting candidates for the 774,000 recruitment in the special public works programme.

Keyamo gave the directive when reacting to reports that committees in some states were considering only indigenes for the 774,000 jobs. The minister said anyone residing in any local government area is qualified for employment in the programme:

The minister stated that residents in any local government area are qualified for employment under the scheme and not just indigenes. He called the attention of the National Directorate of Employment (NDE) about his observations. Minimum wage: FG, labour unions to meet Monday, September 16 “We understand some States’ Selection Committees are considering only indigenes for the 774,000 jobs.

That’s unacceptable. Anyone who is resident in any LGA in the country, irrespective of tribe, is qualified. It’s one country in which we all live. The NDE coordinators should note,” Keyamo said. Meanwhile, politicians in the country have reportedly been allocated 10% of the 774,000 job slots in the federal government’s special public works programme.

in compliance with the directive. He stated that politicians are expected to distribute the forms to their people at the local level. Kogi guber: Huge number of APC aspirants is due to my efforts, says Gov Bello In another report, the ongoing registration for the N-Power Batch C has been extended by two weeks, the ministry of humanitarian affairs, disaster management and social development has disclosed. The online application process, which began on June 26, was scheduled to close on Sunday, July 26, 2020, Daily Trust reported. But Rhoda Ishaku Iliya, a spokesperson for the ministry, said the registration was extended to avail every one of the opportunities to register.

According to her, the challenges faced by some people in gaining access to the registration portal which has seen a record number of over 5 million applications, also necessitated the extension of the closing date for registration.

Also, Sadiya Farouq, the minister of humanitarian affairs, disaster management and social development, confirmed the extension of the registration. She said the decision was made to ensure the application is truly inclusive. Farouq disclosed that the portal will close at midnight on August 8th, 2020