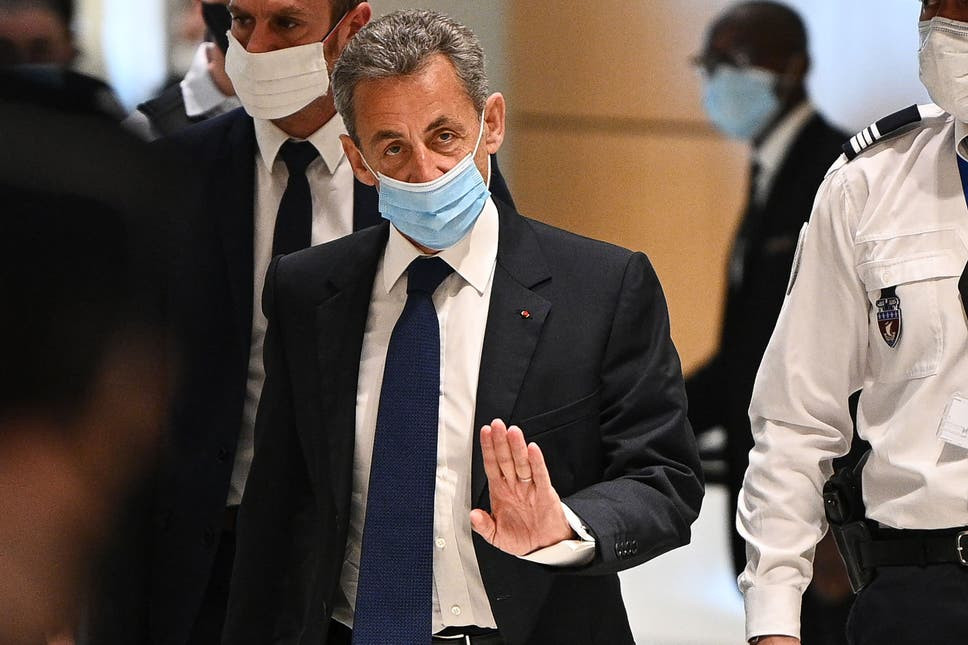 France’s former president, Nicolas Sarkozy was on Monday, March 1 found guilty of corruption and influence-peddling and sentenced to three years in prison with two of them suspended.

The 66-year-old, who was president from 2007 to 2012 was accused of forging a “corruption pact” with his lawyer and a senior magistrate. Judges said there was “serious evidence” of collaboration between the three men to break the law.

The case dates back to 2014 after investigators from the newly-created Parquet National Financier (National Financial Prosecutor’s Office) tapped Sarkozy and his lawyer, Thierry Herzog’s phones over allegations the former president had illegally received millions of euros from the late Libyan dictator Muammar Gaddafi to fund his successful 2007 presidential campaign.

Phone conversations recorded between Sarkozy and Herzog made investigators suspect the former French leader had offered to use his contacts to get the judge Azibert a coveted position in Monaco, in exchange for information about the investigation into the Bettencourt case.

On January 30, 2014, Herzog told Sarkozy of an exchange he’s had with “Gilbert”, a high magistrate not instructing his case, but who apparently “had access” to confidential documents, according to AFP.

Two days later, Sarkozy demanded his lawyer call him back on a phone line he had under an assumed name, Paul Bismuth, because he suspected his official number was being tapped.

A few days later, Herzog reiterated that Azibert was optimistic about Sarkozy’s prospect over the Bettencourt case. He mentioned that Azibert was interested in a high-ranking position in Monaco to which Sarkozy replied: “I’ll help him”.

Herzog added that Azibert had told him he did not dare ask for “a helping hand” and that he had replied: “You’re kidding, with what you’re doing…”

Later in the month, as Sarkozy is preparing to travel to Monaco, Herzog reportedly reminded him “to say a word for Gilbert” if possible.

Sarkozy assured him he would “take the necessary steps”, AFP reported but two days later, on his official line, says that he did not put in a word because “it bothers me to ask for something” of the Monegascan Minister of State whom he does not know very well.

Investigators believe the turnaround can be explained by the fact the two men had then just learnt their unofficial line was also tapped. Sarkozy refutes this.

On March 3, during a phone call with Azibert, Herzog said that “the necessary steps were taken in Monaco”. “I’ll tell you in person”, he also said.

“We were forced to say certain things on the phone,” he added, “because we learnt some things.”

However, it’s unlikely the former president will spend a day in jail. The one-year prison sentence can be served with certain conditions, including the wearing of an electronic bracelet, or limited home confinement.

Sarkozy is expected to appeal against the conviction.

His lawyer, Thierry Herzog, and the senior judge, Gilbert Azibert, also denied wrongdoing. But Both were handed the same sentence as Sarkozy. Herzog, who was also slapped with a five-year professional ban, has appealed the ruling.

Prosecutors had requested two years of prison and a two-year suspended sentence for all three defendants over what they said was a “corruption pact.”

“No pact has ever existed,” Sarkozy told the court. “Neither in my head nor in reality.” “I want to be cleared of that infamy,” he added.