Despite leaving Good Morning Britain after thousands lodged complaints about his comments on Meghan Markle, Piers Morgan says he’s standing by his words.

The media personality had said he doesn’t believe the claims Meghan Markle made during her interview with Oprah Winfrey. He also called her an actress, insinuating that the emotions she displayed during the interview were not real.

His comments led to outrage as people questioned why he would doubt Meghan’s claim that she was suicidal.

Broadcast regulator, Ofcom later announced that they received over 41,000 complaints about Piers Morgan and ITV announced Piers will be leaving the GMB show.

Hours after it was announced that he will be leaving the show, Piers tweeted: “On Monday, I said I didn’t believe Meghan Markle in her Oprah interview. I’ve had time to reflect on this opinion, and I still don’t. If you did, OK. Freedom of speech is a hill I’m happy to die on. Thanks for all the love, and hate. I’m off to spend more time with my opinions.”

He also shared a quote from Winston Churchill about people who say what they like but feel outraged when anyone says anything back. 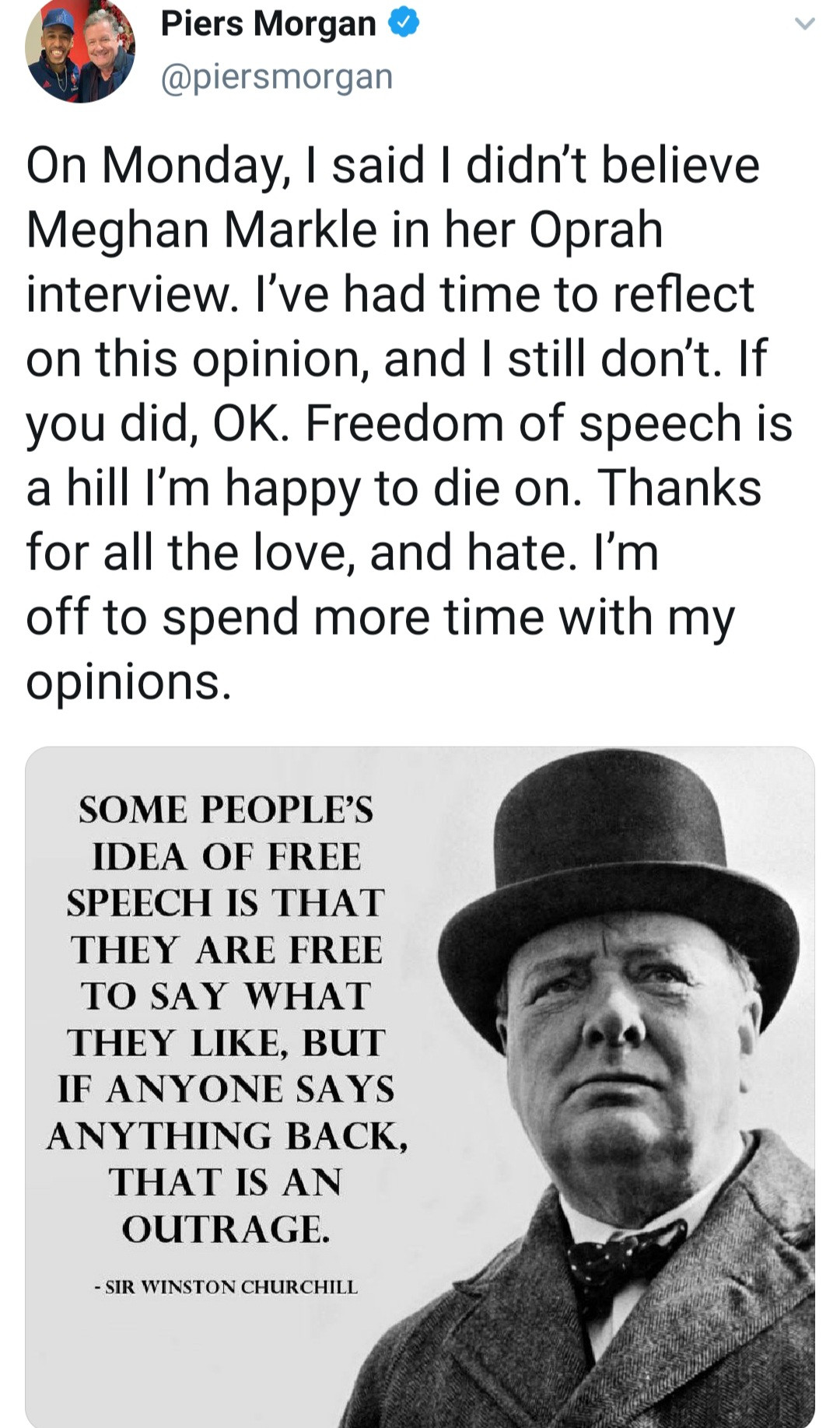 But Twitter users responded, telling Piers that he says what he likes, yet couldn’t take it when his co-host Alex Beresford called him out for how he’s treated Meghan Markle over the years. 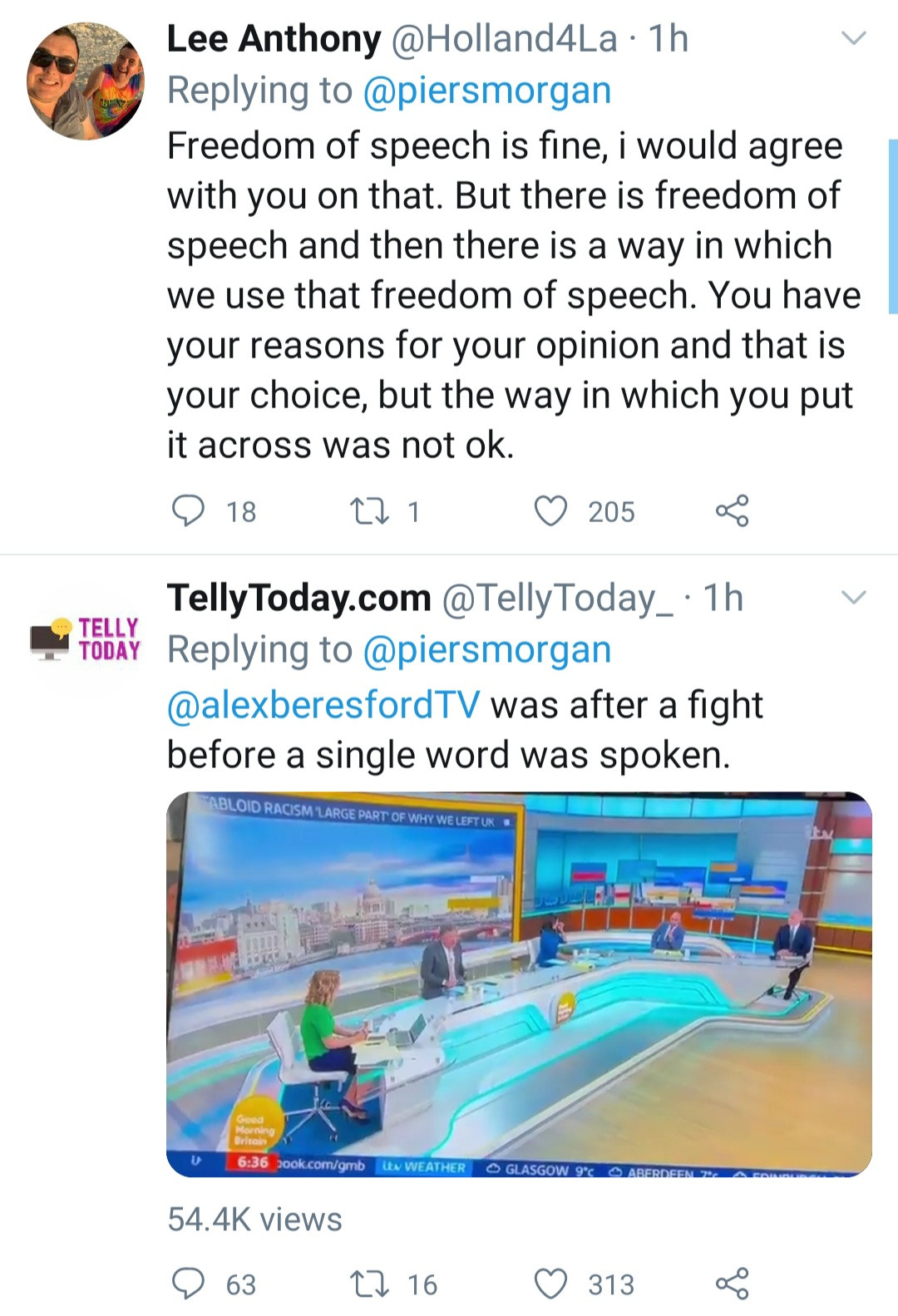