The Infinix Hot 10 Lite also launches in Ghana and Nigeria for GHS 599 ($104) and NGN 45,400 ($118) respectively. We have also updated its complete specifications along with an official image. 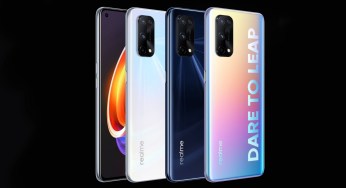 Last week, Infinix launched Hot 10 in Pakistan powered by MediaTek helio G70, a much better processor than Hot 9’s helio A25. Now, a week later, the company has debuted this handset in Kenya alongside Hot 10 Lite. The latter device will be selling in the country for a much affordable price tag of Kshs 10,500 ($97) than the former’s Kshs 14,000 ($129) asking price.

The newly launched Infinix Hot 10 Lite is Kshs 3,500 ($32) cheaper than the standard model as it comes with toned-down specifications. In fact, differences between the two are too much that if you can afford the regular Hot 10, then it’s better to get it instead.

First and the foremost, the Hot 10 Lite is powered by a much less powerful MediaTek helio A20. It comes in a single 2GB + 32GB storage configuration with support for microSD card up to 256GB.

Further, this smartphone sports a 6.6-inch HD+ LCD panel and an 8MP selfie camera, both of which happen to be similar to the Hot 10.  The front-facing camera sits in a dew-drop notch.

Whereas, on the back, the device features a 13MP + 2MP + 2MP triple camera setup accompanied by an LED flash.  The two 2MP sensors are merely gimmicky depth sensors but the rear panel of the phone does house a useful fingerprint sensor.