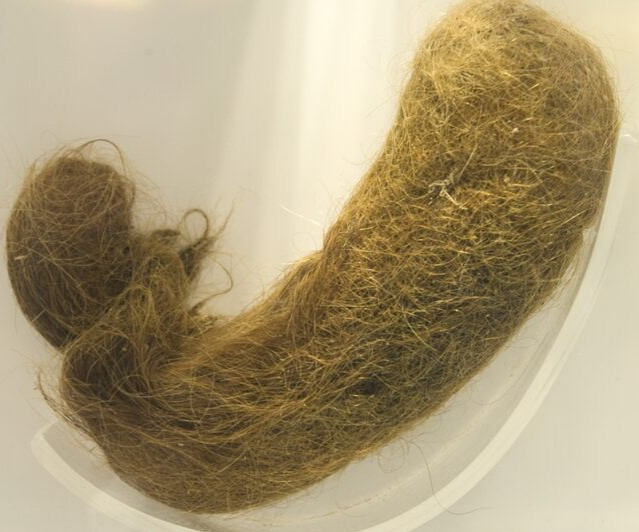 A girl in the U.K. who lives with Rapunzel Syndrome, had to undergo stomach surgery to remove a 19-inch long hairball.

Rapunzel Syndrome is a mental health condition that causes a person to compulsively consume their own hair, resulting in an intestinal blockage.

In this teenager’s case, she suffered a tear in her stomach after the hair ball tore her stomach lining, according to ScienceAlert.

After two fainting spells left the 17-year-old with a bruised face, she was administered to a hospital where professionals ruled out head trauma because of her enlarged abdomen and her complaints of belly pain.

A CT scan found a large mass inside her “grossly distended stomach” and a tear in the lining.

Doctors also discovered that the girl had a history of trichotillomania, which causes one to pull their own hair out, and trichophagia, which is the compulsive eating of hair.

Both conditions are extremely rare, according to the outlet. 0.5% and 3% of people experience trichotillomania and only 10% to 30% of those cases will develop trichophagia. And only 1% of people with both will suffer Rapunzel syndrome.

After doctors removed the hairball, which had “formed a cast of the entire stomach”, they repaired the tear. She then received psychiatric care and was sent home seven days later.

She is now reportedly “progressing well with dietary advice” and help from a therapist.

E-Money gifts his friends luxury cars on his birthday

Photos from the night of tribute for late Chico Ejiro