SCG will race the machine at this year’s Baja 1000.

Scuderia Cameron Glickenhaus is not rushing the development of some of its vehicles and is instead taking it one step at a time. Take the company’s off-road buggy, for example, which was first announced in March 2020 and then heavily updated about a year later. Now, another 12 months later, there’s finally an official announcement coming from the manufacturer regarding the starting price of the model, which most likely means production is about to begin soon.

Glickenhaus posted on its Facebook page to tell the world the so-called 008 Baja buggy starts at $100,000 before any options. The company will start accepting $1,000 deposits soon as reservation slots for when the production starts later this year. We don’t know Glickenhaus’ exact plans, though the firm promises “lots more info and up-to-date photos” are coming soon. Also, Glickenhaus proudly says it will race a 008 Baja at this year’s The Baja 1000 off-road challenge.

This new announcement sounds very exciting and we are eager to see more photos of the buggy, though there’s something that leaves us scratching our heads. Accompanying the announcement on Facebook is an image of the machine and it is the same rendering that we first saw about two years ago. This version of the buggy differs from the one shown in 2021 and we wonder whether the 008 Baja actually has two variants – one road-legal and one for races.

Another mystery surrounding the 008 Baja is what hides under the hood. Glickenhaus hasn’t released any specific tech details – we hope this will happen with the next official announcement – but we can tell by the photos the vehicle has a central driver’s seat and massive ground clearance. Huge off-road tires, additional LED lights on the front fascia, and massive suspension articulation should help this buggy become one of the most capable off-roaders on the market. With a starting price of $100,000, it doesn’t come cheap, though. 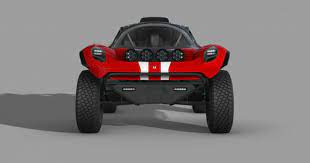 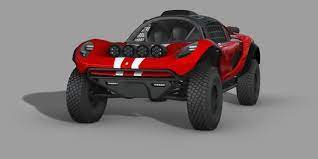 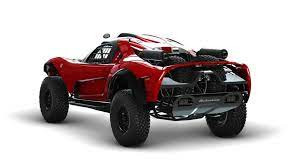 Why are Body Builders dying these days? —-Is there a Price for this fame and fortune.