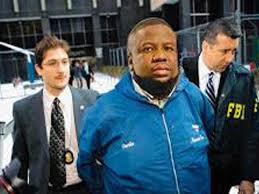 The alleged fraudster abbas aka hushpuppi who is facing a 20 year jail term made his initial U.S. court appearance on Friday morning in Chicago. The 28-pages charge sheet of the crimes of Hushpuppi has been shared on the internet with charges such as him allegedly “tricking one of the law firm’s paralegals into wiring money intended for the client’s real estate refinancing to a bank account that was controlled by Abbas and the co-conspirators,” It said Hushpuppi’s schemes also targeted a U.S. law firm, a foreign bank and an English Premier League soccer club. “The affidavit also alleges that Abbas conspired to launder funds stolen in a $14.7 million cyber-heist from a foreign financial institution in February 2019, in which the stolen money was sent to bank accounts around the world. Here are screenshots. Read the full complaint above

Click on the link above to read the 28page count charges against abbas aka hushpuppi and his gang of fraudsters.

PDP NWC grants waiver to Ondo deputy Governor Alfred Agboola to contest against Akeredolu of the APC as Gov refuses to handover power as he goes on Covid 19 isolation.

Women who specialize in buying babies arrested while negotiating the sale and purchase of a two weeks old baby in portharcourt.