As Sons killed by kidnappers are laid to rest. 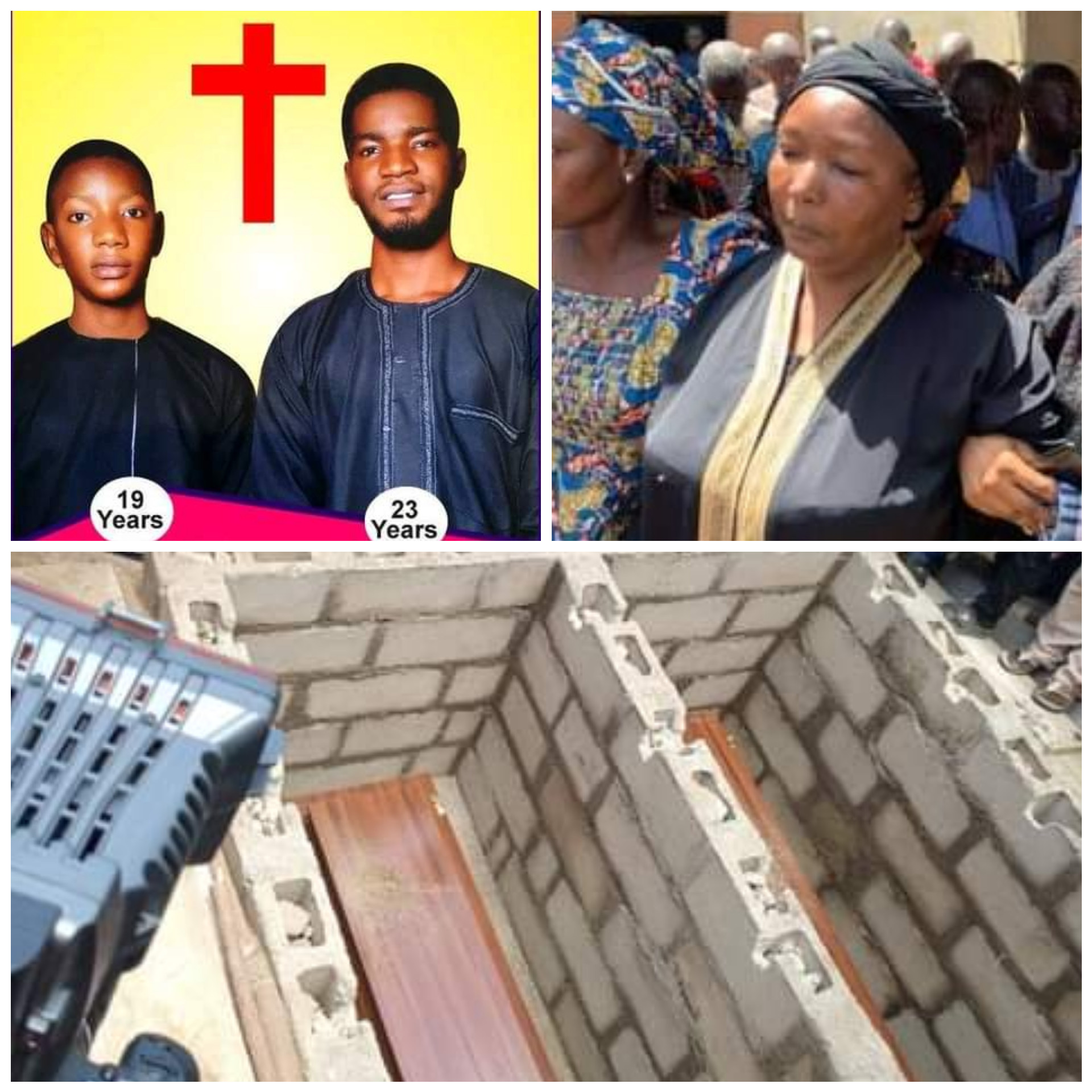 The two sons of Rev. Daniel Umaru of EYN Church, who were killed by kidnappers in Adamawa State have been laid to rest.

LIB reported that the gunmen invaded the cleric’s home in Mubi Local Government Area of the state, killed his sons, Kefrey Daniel,19, and Fanye Daniel (Junior) 23, and kidnapped his 13-year-old daughter, Ijagla.

The victims were buried on Friday, July 8, at EYN Headquarters in Kwarhi Maararba, Hong Local Government Area of the state.

According to a video shared by a staff of Adamawa State University Mubi, Hyello John, the victims’ mother, Rev. (Mrs) Daniel Umoro, said she has forgiven killers of her sons.

“I have forgiven those behind this killings and abduction”. Also, I have accepted the will of God.” she said. 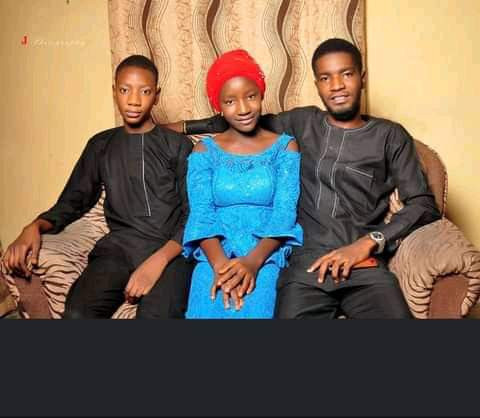 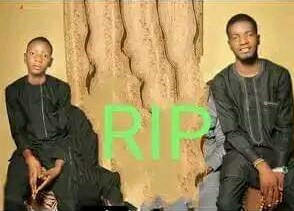 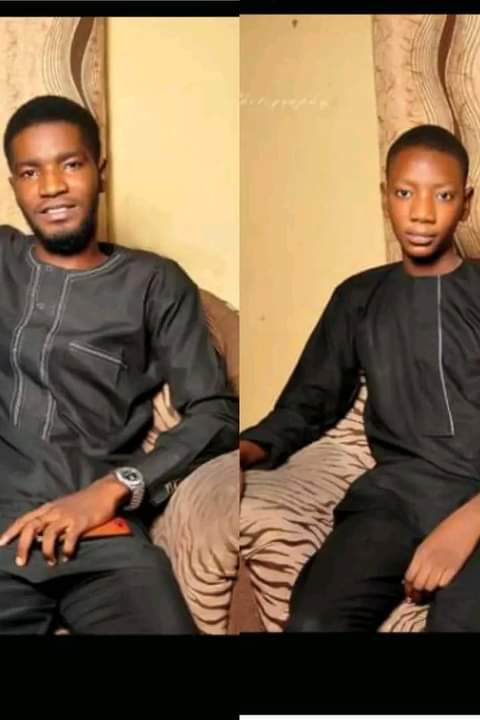 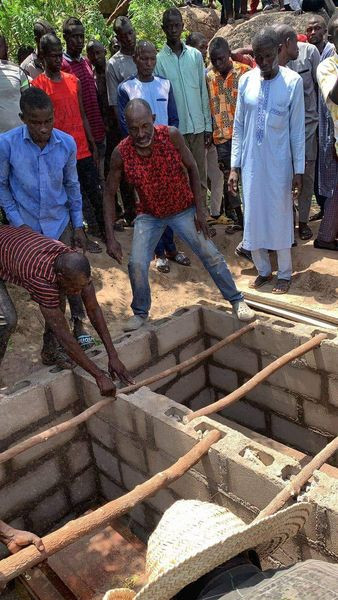 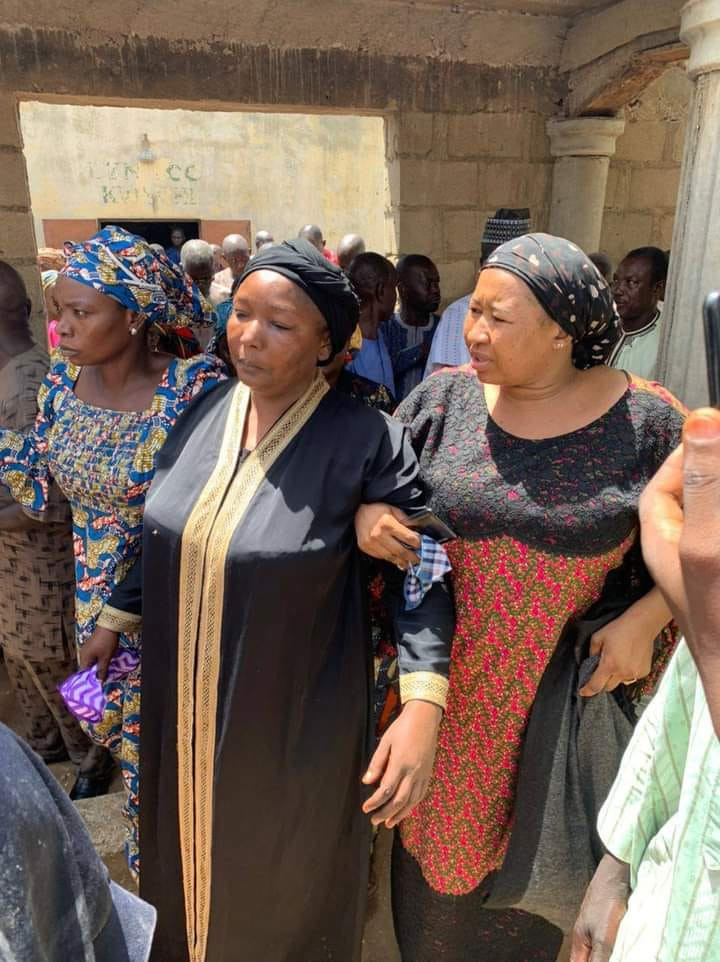 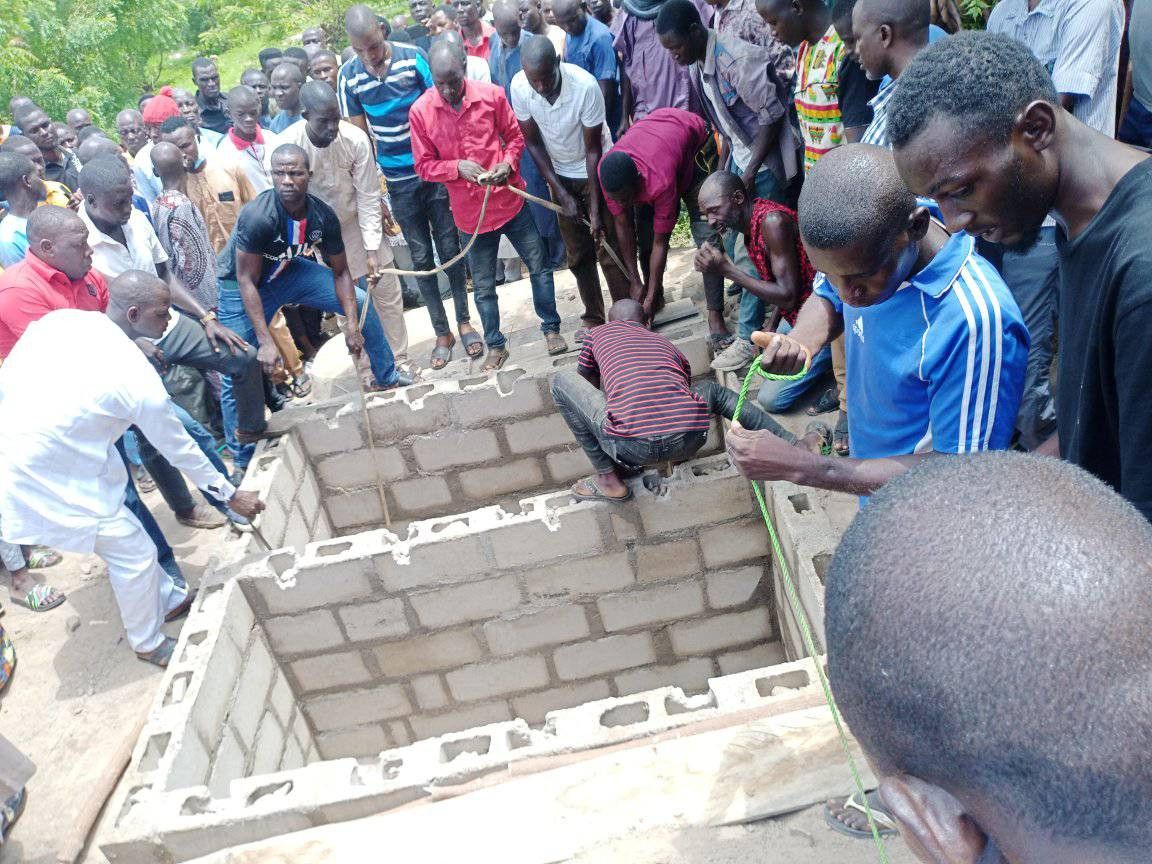 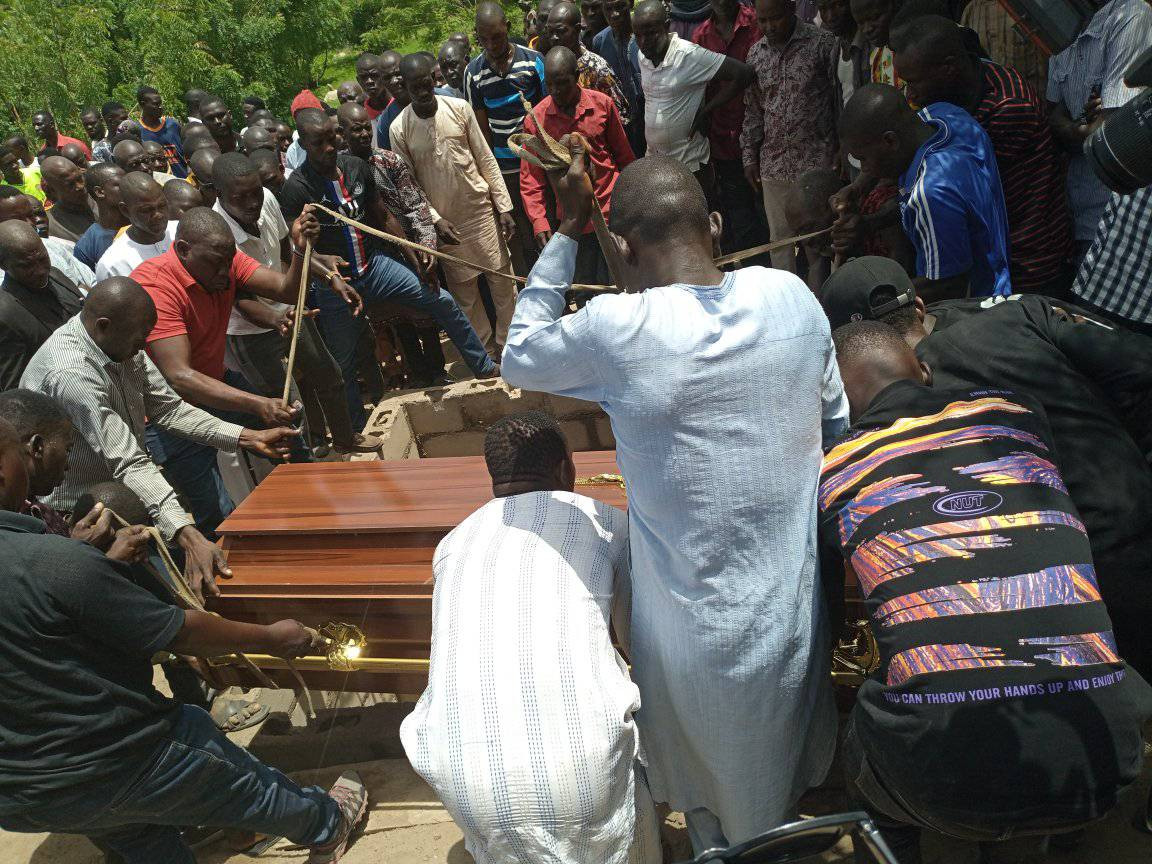 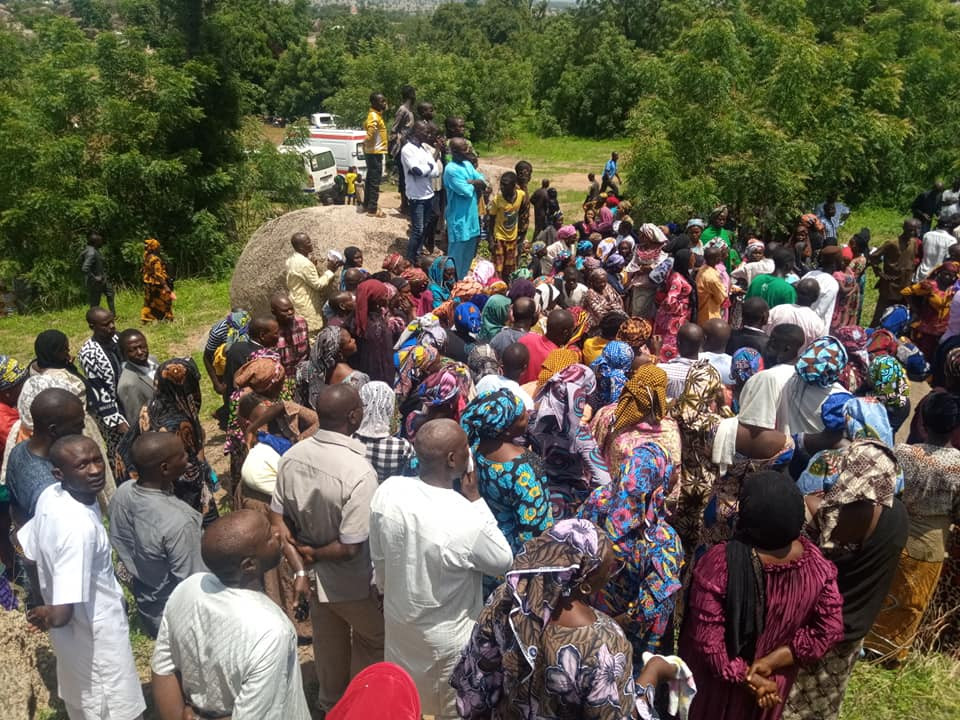 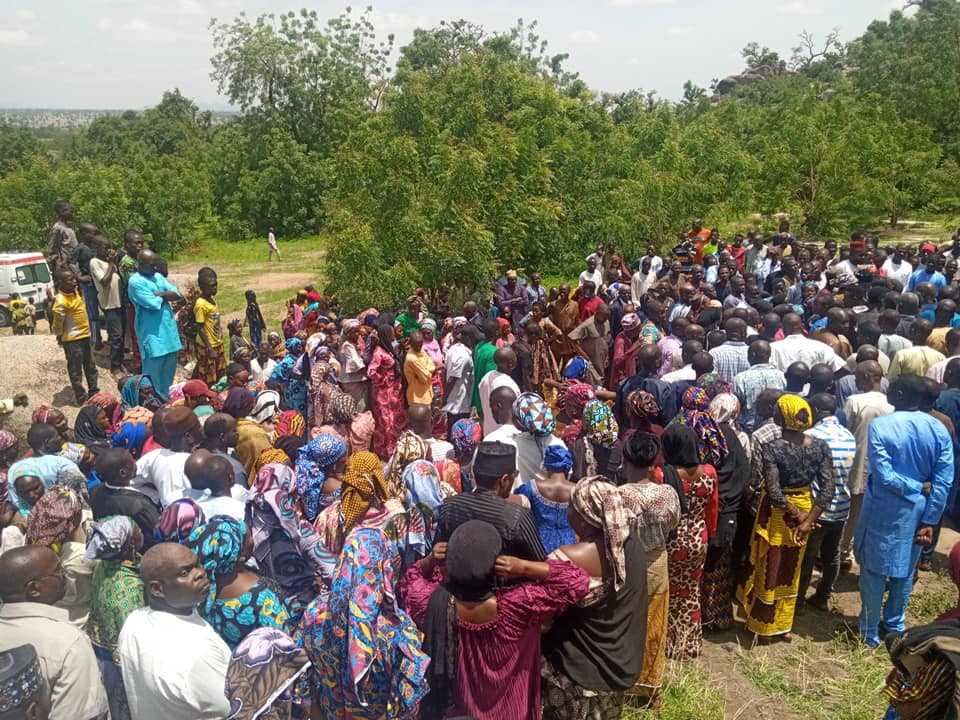 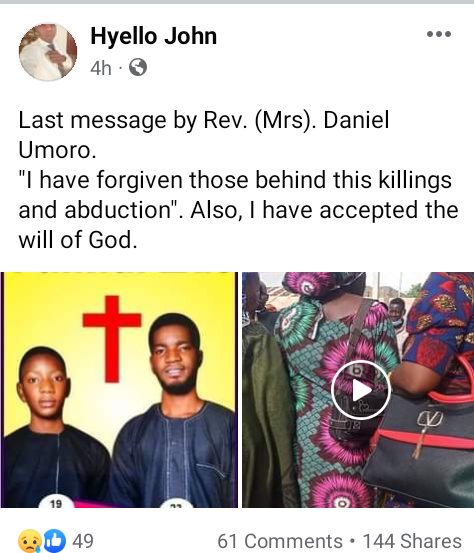