Kate Hudson tells Gwyneth Paltrow about her worst on-screen kiss: ‘He just had snot all over his face’ 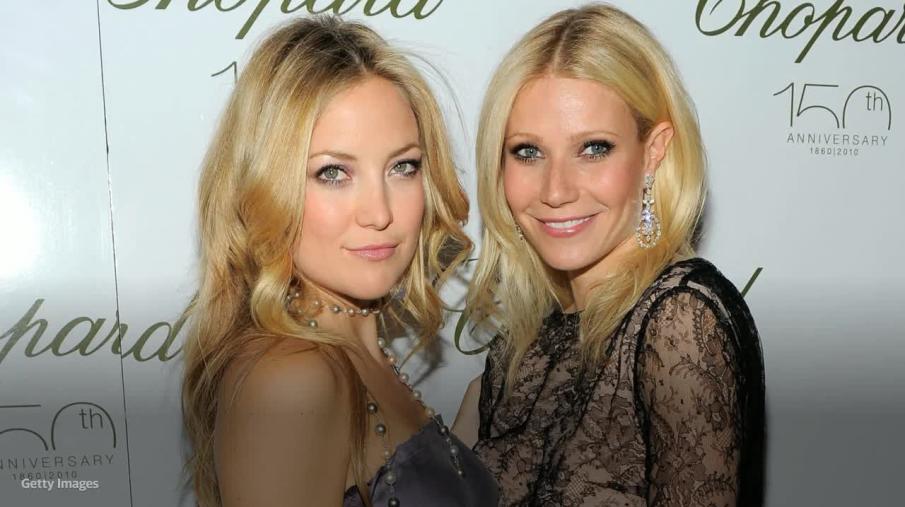 When close friends Gwyneth Paltrow and Kate Hudson get together for a chat, you know it’s gonna be good. Paltrow interviewed the Fabletics founder on her Goop podcast and the women had a lot to say on the topic of on-screen kisses.

“Who was the best on-screen kisser?” Paltrow asked Hudson.

“Honestly, you know, I feel like I kind of haven’t had the best kissers,” Hudson replied. “I feel like I should have had better ones.”

One name came to mind, though: Matthew McConaughey.

“The thing is, every time I kiss McConaughey, it’s like, I mean, it’s like there’s just something happening and there’s, like, snot or wind,” Hudson laughed. The pair shared the screen together in rom-coms How to Lose a Guy in 10 Days and Fool’s Gold.

“Like when we were kissing in the end of Fool’s Gold, we’re in the ocean, we like had the plane crash — he just had snot all over his face,” Hudson recalled.

“Also you’ve worked with him so much, do you have, like, brother energy towards him?” Paltrow asked.

“I mean, yeah I think it can be a little sibling-y at times, but no…” Hudson continued.

The Goop founder interjected that she had a “brother energy” issue when it came time to kiss Robert Downey Jr. in the Iron Man and Avengers films.

“When I kissed him and I was like, ‘You’ve got to be kidding me,’” Paltrow shared. “This is literally like kissing my brother.”

“Oh, you know who was a good kisser, but you didn’t see it, cause they cut it out? Was Billy [Crudup],” Hudson said of her Almost Famous co-star. “Billy was good. That was good.”

“He looked like he would be a good kisser,” Paltrow exclaimed.

“We had a kissing scene in the ice room which then wasn’t in the movie,” Hudson shared of the 2000 film.

Paltrow concluded with one final question for her pal: “Is there a famous person that you’ve had a thing with that the world does not know about?”

“Oh yeah,” Hudson quickly replied. “What do you mean? Yeah. Doesn’t everybody? If they said no, they’re lying. Come on… I mean, it’s amazing the things you do get away with.”

Demi Lovato defends her latest single ‘Commander in Chief’: ‘I have a right to political views’

Alex Rodriguez Had the Most Iconic Response When Asked About J.Lo and Ben Affleck