With a $25,000 bid (the winning bid amount was confirmed by a tweet from Julien’s Auctions), Kardashian won a custom-made top and pants worn by Jackson in her 1993 “If” video.

“For @janetjackson’s bday bc I’m such a fan I can’t believe I won this outfit on @juliens_auctions,” Kardashian revealed on Sunday in an Instagram Story, where she shared a clip of the “If” video and an image of Jackson originally rocking the outfit.

Jackson echoed Kardashian’s excitement in an Instagram Story on her own account, writing back to her: “Thank u so much @kimkardashian! I hope ‘IF’ gives u as much pleasure as it did me.”

The “Iconic Treasures From the Legendary Career and Life of Janet Jackson” auction was held through Sunday (May 16), Jackson’s 55th birthday. The star partnered with Julien’s Auctions to sell more than 1,000 items — gems from her career as well as personal treasures. The auction took place in Beverly Hills, California, and was shown on Julien’s website. Proceeds were set to go to Compassion International, an organization that helps children escape poverty. 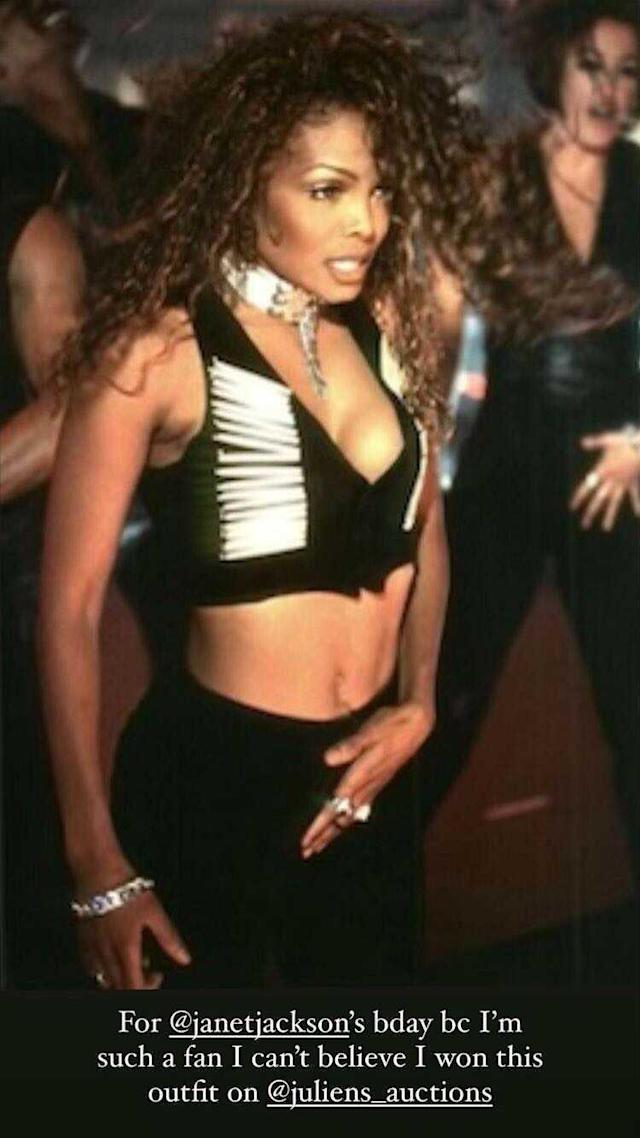