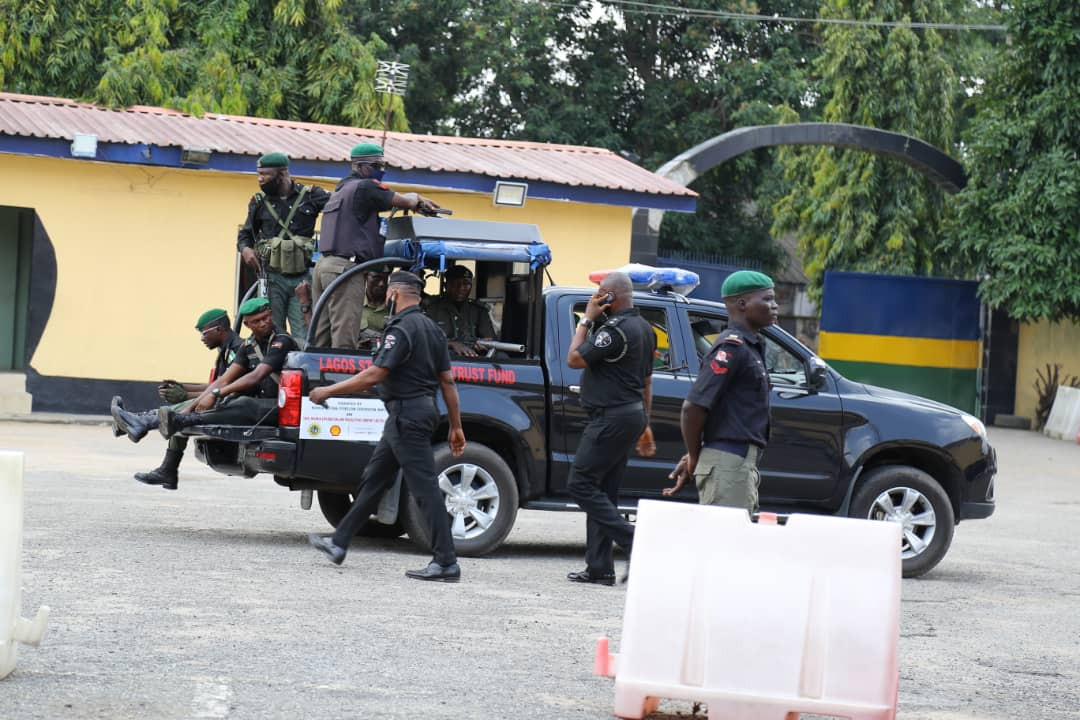 The Lagos state police command has confirmed the attack on its police station in Orile Iganmu by some hoodlums.

A statement released by the spokesperson of the state police command, Muyiwa Adejobi, says many of its officers were injured in the attack while an unconfirmed report claims one of them is dead.

Adejobi added that the command will be enforcing the 24-hour curfew imposed by the state governor, Babajide Sanwo-Olu.

Due to the new development of violent attacks on police officers and men and formations including innocent Nigerians in Lagos  State, and the  24 hour curfew imposed by the Lagos State Government with effect from 4pm of today 20th October, 2020, the Lagos State Police Command wishes to inform the general public that henceforth no protest or gathering or possession, under whatever guise, is permitted within Lagos State.

In the light of the above, all security agencies have deployed adequate personnel to take charge and enforce the curfew across the state.

In the same vein, the command regrets to confirm the setting ablaze of  Orile Police State today at about 10am, where some of our policemen were  critically injured and unconfirmed reports state that one of them is dead.

Its crystal clear that the Endsars protest has been hijacked by hoodlums who want to run down the state and the police command will resist such state of anarchy, unrest and brouhaha with all powers within the ambit of the law.

While the command is resolute in sustenance of human rights and democratic tenets, the general public is hereby warned to comply with the curfew and desist from any act of violence in the state as the command will resist such in totality.