LAWMA worker falls from machine, dies a day to his baby’s church dedication

An official of the Lagos Waste Management Authority, LAWMA, Nasiru Saheed, has died after falling off the machine he was operating.

It was gathered that the incident happened on Saturday morning, January 23, while the deceased was on duty along Alexander Road in Ikoyi.

The agency confirmed the incident in a statement, adding that the safety of its workers  is paramount.

“LAWMA with a deep sense of regret, announces the death in an accident of one of our waste handlers (Mr. Nasiru Saheed) this morning. The Authority is in touch with the family and will stand by them in this difficult time,” the agency stated.

“There is a comprehensive insurance cover for all categories of our workers. LAWMA will, through the insurance policy, mitigate the effect of this big loss on the family. The Authority wishes to state that the welfare of its staff is paramount and we will continue to prioritise same throughout our operations” it added. 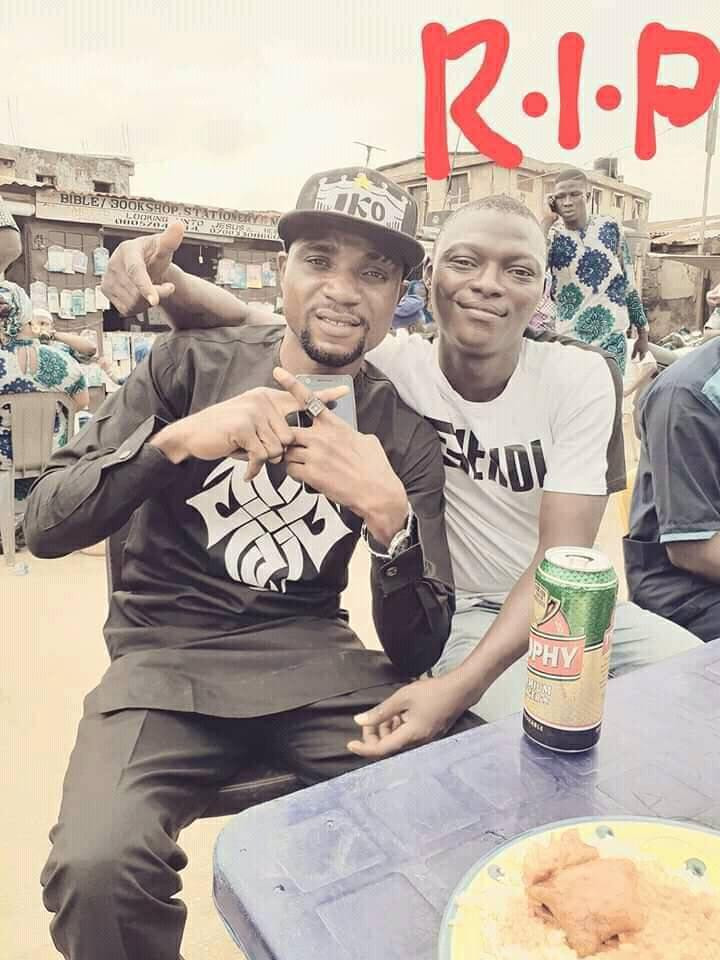 Meanwhile, a friend of the deceased said the Nasiru, also known as Henessy, celebrated his birthday on Friday, January 22 and his last child’s church dedication was slated for today, Sunday, January 24.

He left behind FOUR CHILDREN

Yesterday was His birthday.

Yesterday morning he was involved in an accident at place of work dat took his life….( LAWMA )

This photo was shot last during the #EndSarsProtests. 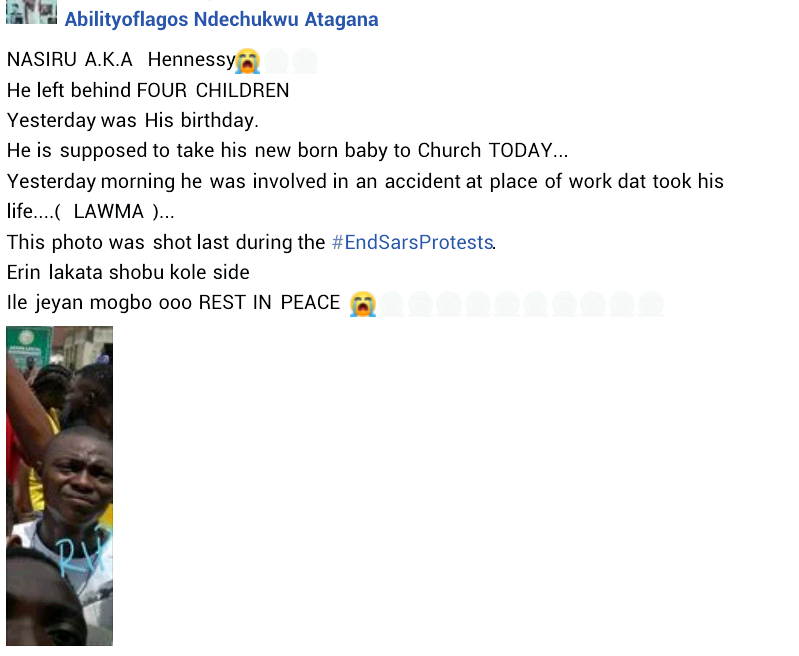 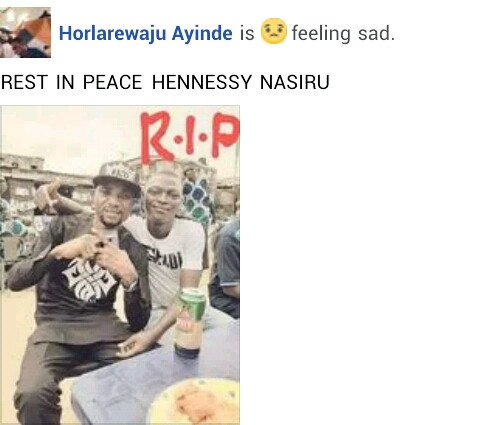 Fulani own all the lands in Nigeria, no power can remove us from Ondo forests – Miyetti Allah leader, Bello Abdullahi Bodejo says