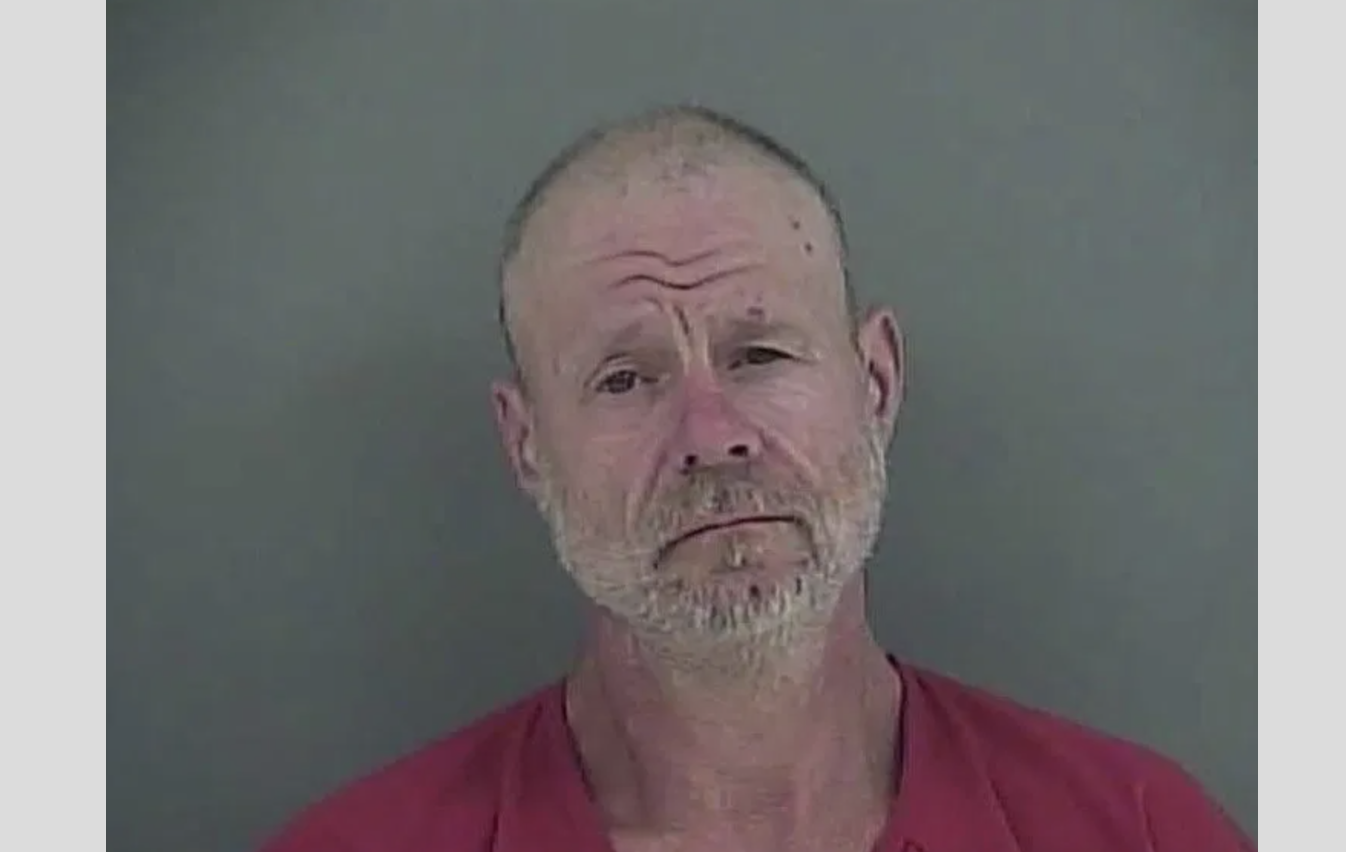 A man has been arrested after police found his severed finger at the scene of a crime in Maricopa, Arizona.

Kevin Johnson is alleged to have slashed his neighbor’s car tires after an argument, before fleeing the scene with a missing finger and leaving a trail of blood leading to his front door.

Francesca Wikoff told police she found the finger after discovering her vehicle had two slashed tires on one side, on the morning of April 15.

“Literally been laughing all day because if I don’t I might cry,” Wikoff told KTVK-TV. “It’s pretty comical. You would think that if you’re gonna go to the hospital, especially if you just severed your finger, you would take said finger with you.”

The former volunteer firefighter and emergency medical technician believes the fallen finger belongs to her neighbor. She and her husband had argued with him the night before, and the couple found a trail of blood leading to his house the following morning.

The Maricopa Police Department later confirmed that Johnson had been arrested and identified as the owner of the finger, according to police spokesperson Hal Koozer, who spoke to the Maricopa Monitor.

He was charged with criminal damage, assault, threatening and intimidating behaviour, and disorderly conduct stemming from both the slashed tires and the previous night’s disagreement, the publication reported.

“Karma has a good way of working itself out,” Maricopa woman finds….a severed finger next to her slashed tires. Police haven’t arrested anyone but she says she knows who did it because a trail of blood leads to her neighbors house. #azfamily STORY: https://t.co/5QTi7qOSGY pic.twitter.com/95CwkG2aut

Wikoff and her husband reportedly went to a neighbor’s home the night before where a male neighbor joined them uninvited, AZ Central reported.

He then became drunk and aggressive, pushing and threatening Wikoff and her husband and was asked to leave.

“I don’t find joy in anybody hurting themselves. However, karma has a good way of working itself out,” she said.

The story bears a striking similarity to the foolish behavior of a California thief who asked a caricature artist for a portrait, and then ran off with the artist’s money bag—but left the drawing behind.

The caricature artist was working at the Festival of Lights event in downtown Riverside, California, in December of 2018.

Riverside Police Department said the suspect had approached the artist at around 11.50 p.m. and asked for a portrait. After waiting until the caricature was finished, he then grabbed the artist’s money bag (which contained around $500 in cash) and fled the scene on foot while leaving the portrait behind.

Riverside Police Department shared the portrait on Facebook in a bid to trace down the thief. “DO YOU RECOGNIZE THIS CARICATURE? And no, we are not kidding…,” police wrote alongside the picture at the time.