Man disfigures wife for gossiping about him. 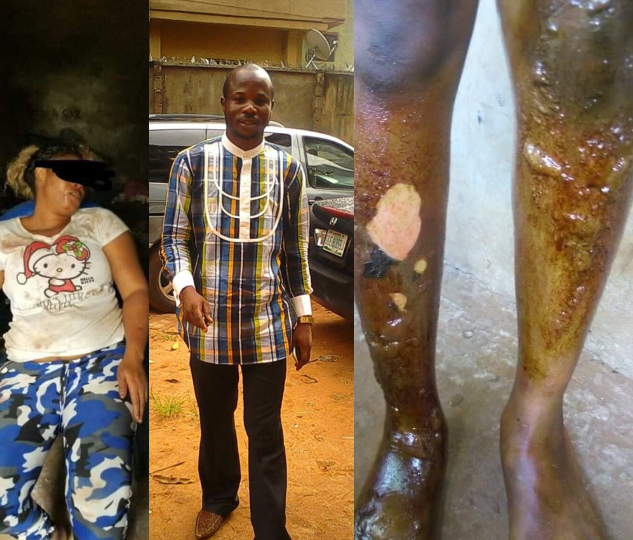 A man has been arrested for allegedly brutalizing his wife and his stepchildren in Anambra state.

According to people who claim to be close to the situation, the man identified as Iwuchukwu Anajemba Samson is in the habit of brutalizing his wife, Ifunanya Georgina Anajemba, and her kids at their home at Alex Anajemba Street, Akabo Village in Mbaukwu, Anambra state.

He allegedly came home on Tuesday, July 14, and accused her of gossiping about him with their neighbours and then attack and beat her up mercilessly.

Photos of the woman’s scalded skin were shared on Facebook and her husband was accused of being responsible for it. The skin of her legs was peeling, exposing her flesh. The skin on her fingers was also swollen and about ready to burst open. 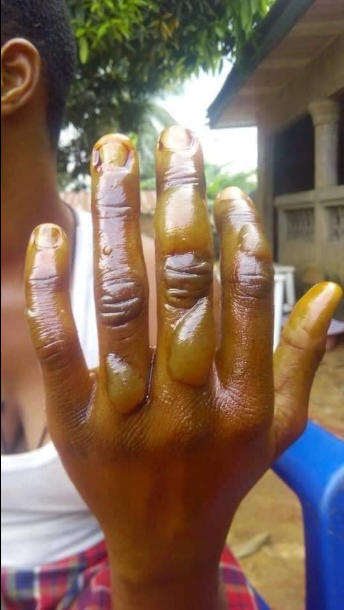 .According to reports, this comes a few weeks after he allegedly poured fuel on one of his stepdaughters and ignited it with a match stick.

Below are more photos showing the aftermath of the alleged domestic abuse incident. 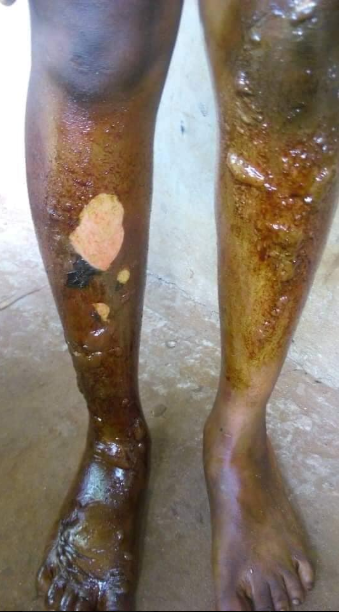 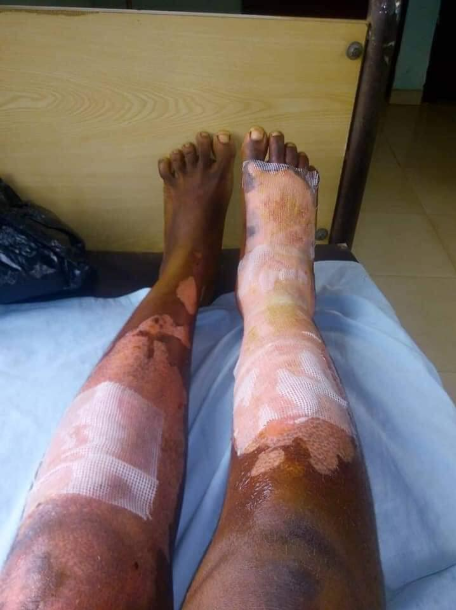 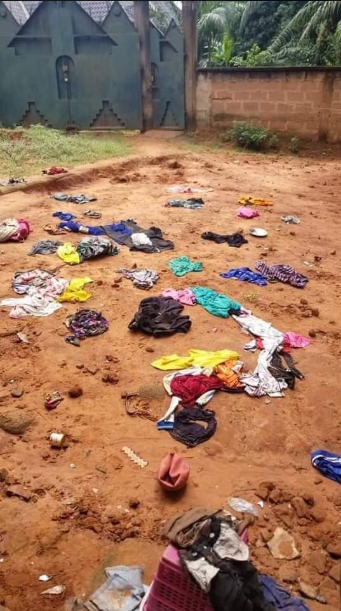