Man found hanged beside a police station in Okota (video/photos)

A man was found hanged in front of a shop beside a police station in Okota.

The topless man was found on Saturday Morning, May 15.

Prior to his death, the man, said to be a bike rider, was reportedly seen in the area the night before, at about 10pm.

A witness said police arrived at the scene at about 8:00am today after the man was found hanged, but left without moving the corpse.

Residents and shop owners in the area are asking that the corpse of the man be removed soon.

Locals who saw the man’s corpse are said to have expressed suspicion that there might be foul play involved in his death. Below are screenshots of messages sent to LIB. 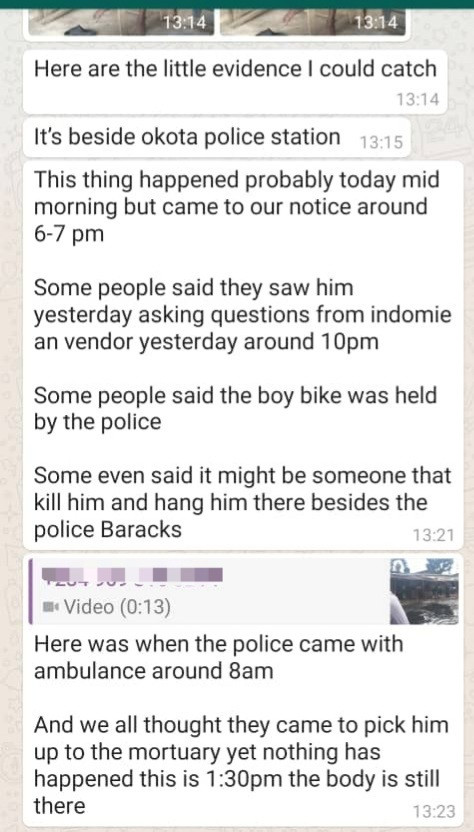