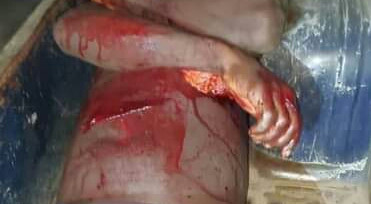 It was gathered that the incident happened on Friday night, January 22, along a street opposite the council’s secretariat while the deceased was sleeping with his wife.

According to reports, the assailants tore the window net of the deceased’s bedroom and shot him on his bed.

Spokesperson of the Delta State Police Command, Onome Onovwakpoyeya, who confirmed the killing on Tuesday morning, said that investigation in ongoing.

“Uruese’s wife was saying that previously, she noticed marks of caning on the husband and all of those things and she asked. But he didn’t give her any satisfactory response.” Onovwakpoyeya added.

64 year old man who was mauled by a lion as he slept in tent with his wife, wins £300,000 settlement from tourist firm