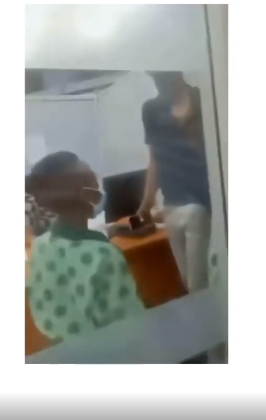 A video making rounds online captured moment a man stripped in one of the new generational banks to protest against ”illegal withdrawals” from his account.

The distraught man who came to the bank with his children, said the incident has kept his wards out of school.

He stripped to his briefs as some staff of the bank and security guards tried to placate him. The man also disclosed that N300K was withdrawn from his account.