Megan Fox and Machine Gun Kelly had tongues wagging and cameras snapping on Thursday night as they were seen escaping a Hollywood club’s rooftop terrace.

The couple enjoyed their wild night out but the following morning were seen looking a little worse for wear as they emerged from the rapper’s house in Los Angeles.

Megan, 34, was dressed down in sweats and carried a holdall with her hinting it was a short stay at her boyfriend’s abode. 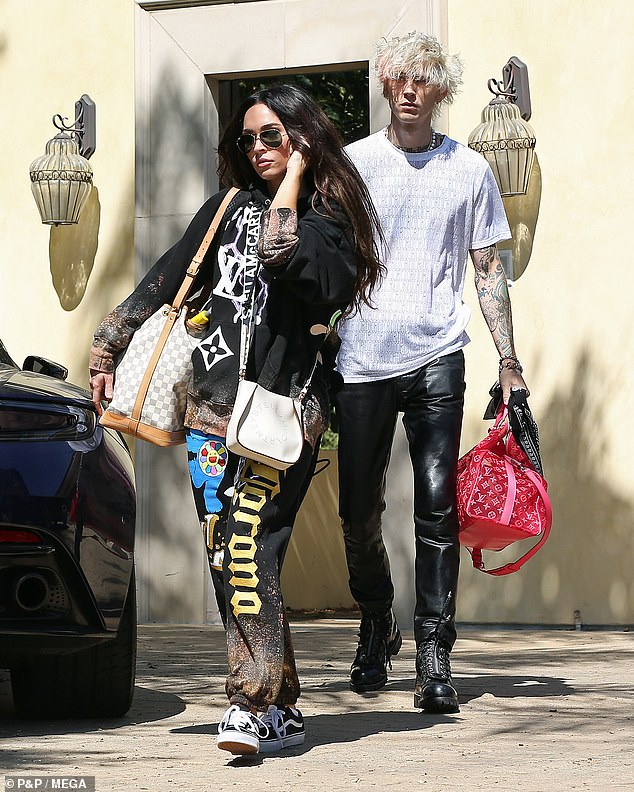 On the move: Megan Fox and Machine Gun Kelly are pictured leaving his house on Friday after a crazy night in Hollywood

The actress’ long brunette locks looked more tousled than usual, while MGK’s blond mop of hair looked messier than ever. 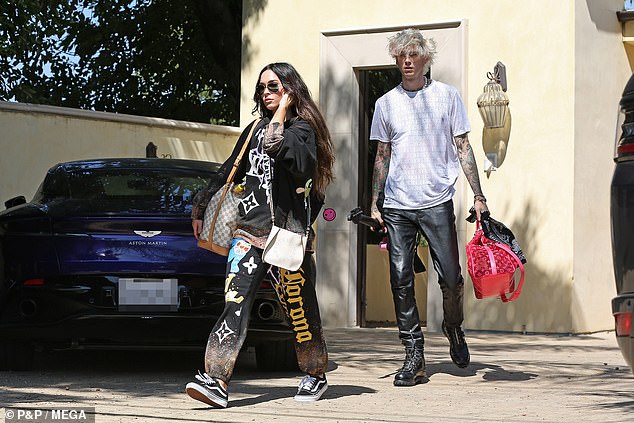 Morning after: The actress’ long brunette locks looked more tousled than usual, while MGK’s blond mop of hair looked messier than ever 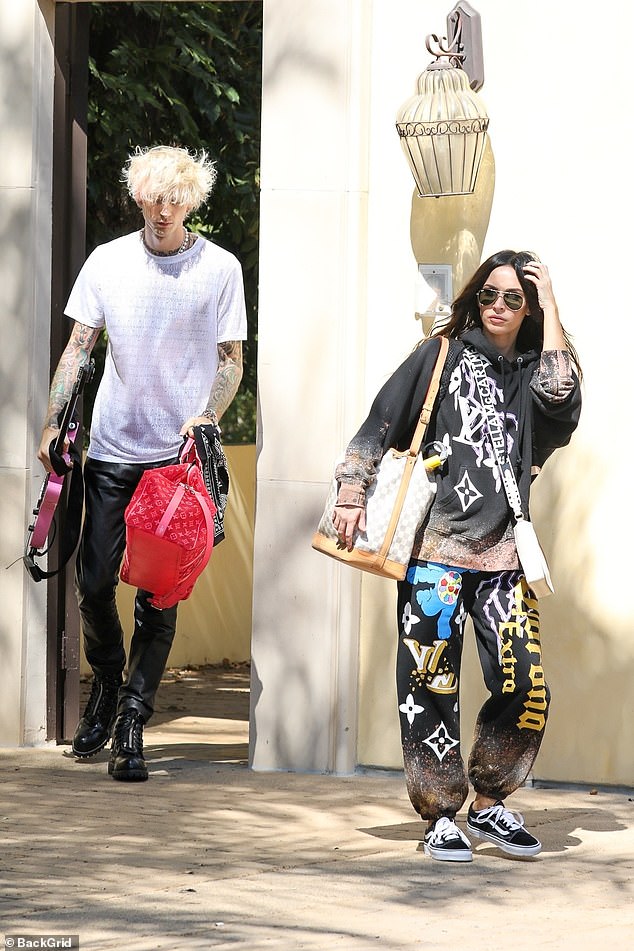 Megan, wearing platform leopard print heels, held on tight to her beau as he assisted her over the edge of the railing.

The crazy night out for the lovebirds came after Kelly gushed about how in love he is with the New Girl star.

‘I didn’t know what [love] was until me and her made eye contact… That’s when I was like, ‘Whoa!’ the rapper, 30, revealed during an interview on The Howard Stern Show, as reported by People.

Ready for a jam session: The 30-year-old carried a guitar with him

The Houston native, born Colson Baker, added: ‘That was my first experience with being open to love and stuff like that. I definitely wasn’t set up to believe that that’s something that could ever exist.’

MGK and the Transformers star, went public with their romance in May after meeting on the set of the movie Midnight In The Switchgrass, shortly after her split from husband of 10-years Brian Austin Green, 47.

Filming on the production was taking place in Puerto Rico when it was halted due to the COVID-19 pandemic.

Kelly told Stern that it had been ‘love at first sight’ when they met. 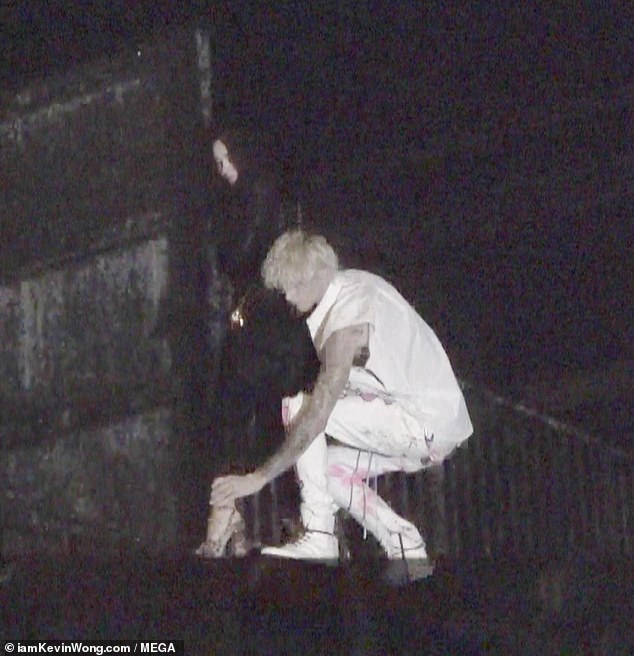 Risky business: MGK helped Megan with her footing as they clambered over a railing while exiting a rooftop terrace on Thursday night

Back in May, Green confirmed his split from Fox during an episode of his podcast …With Brian Austin Green. During his confession, he maintained that infidelity did not play a role in their separation and that he will always have love for Megan. 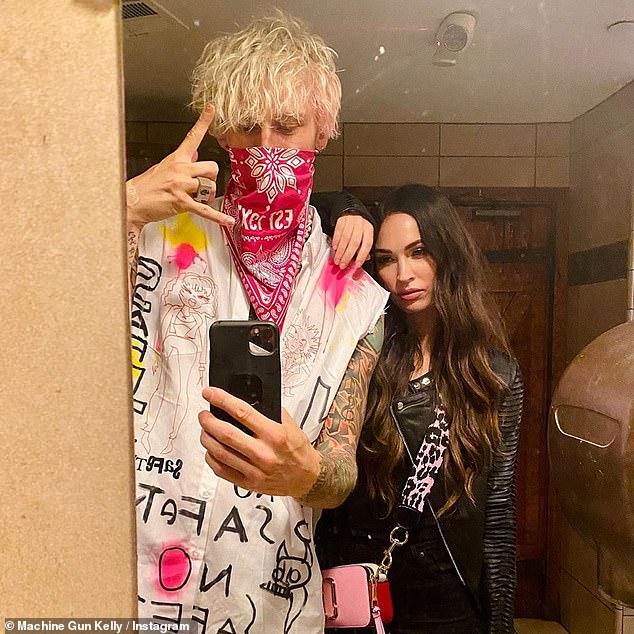 ‘None Of My Ex Have Been Able To Replace Me‘ – Tiwa Savage’s Ex-husband, Teebillz Brags