Not too long ago, Miley was twerking her little heart out, singing songs about partying and wrecking balls and more partying, but now it really looks like she’s moved beyond all that.

And not a moment too soon, really.

These days, it sounds like she’s moving back to her country roots — both in terms of her music and her modesty.

And, of course, she’s also back with her longtime love, Liam Hemsworth.

They met all the way back in 2009, when they filmed The Last Song together, and though they did have a few little breakups along the way, they were together until 2013. 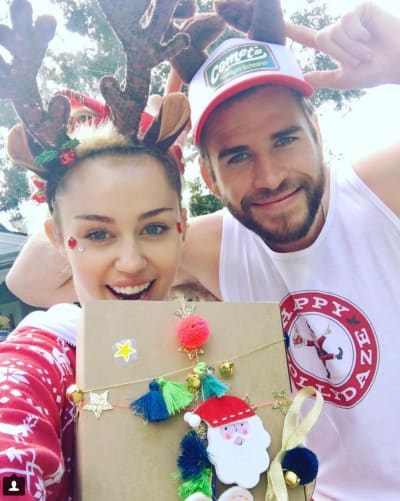 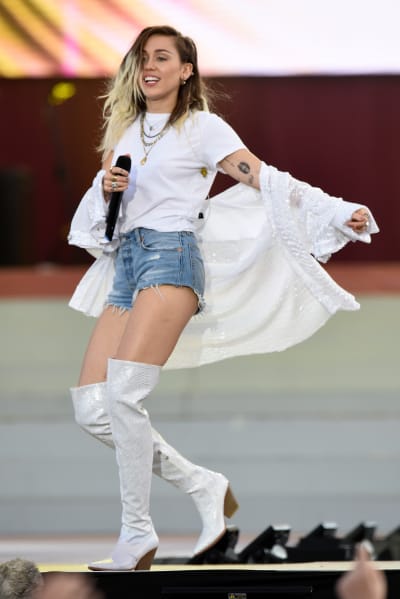 That’s when they broke off their engagement and went their separate ways for a little bit: Liam focused on his acting career, Miley focused on all that twerking we talked about earlier.

But then, sometime in 2016, they rekindled their romance. They got re-engaged, and this time around, they both seem a lot more settled in their relationship.

So settled that they went and got married without telling anyone?!

As hurtful as it may be to think about, it is possible — and that’s because both Miley and Liam have been spotted recently with similar bands on their fingers.

You know which fingers we’re talking about. Over the weekend, Liam was photographed with Miley’s mother, Tish Cyrus, wearing a simple band on the ring finger of his left hand.

Then yesterday, Miley was spotted with a similar band while out and about filming for The Voice.

But as much fun as it would be if these two had gone and gotten hitched on the sly, it seems like that’s not what’s going on here.

TMZ, the site that originally posted the photos of the rings, reports that a source close to Miley says “100% no,” they are not married.

Another source elaborated a bit more to Hollywood Life.According to that source, “everyone will know” when the wedding actually goes down.

“Liam sometimes wears a ring that Miley bought him as kind of a promise ring, but it’s definitely not official yet,” the insider continued.

“They haven’t even seriously started planning anything yet. Neither of them is in a particular hurry, as they’re both focused on their careers right now.”

Besides, “they’re still pretty young, so they figure they have plenty of time.”

We wish them all the best, of course, but considering their track record, this seems like a good course of action.

Another breakup would be pretty tragic at this point — we don’t think we could handle a divorce.

Khloe Kardashian and Tristan Thompson: The Couple That Prays Together …