A 25-year-old woman has been arrested in Moscow, Russia, after she was caught trying to sell her newborn daughter on the black market for £3,000 so that she could buy herself a new pair of boots.

The woman, Luiza Gadzhieva advertised her one-week-old infant seeking adoptive parents for the child in return for £3,000.

The mother, who has three other children, had earlier discussed with her sister she would buy a new pair of boots once she sold the baby.

However, Gadzhieva was caught in a sting operation by law enforcement personnel who posed as buyers. She was filmed hiding her face after she handed over the baby girl to the buyers at a coffee shop in Moscow.

It was gathered that an anti-slavery group called Alternativa had tried to persuade her to not sell the baby.

“We tried in every possible way to explain to her that bad, dangerous conditions awaited the child. We warned that the baby would be handed over to gypsies, but she was little interested in what would happen to her daughter],” the group representatives said. 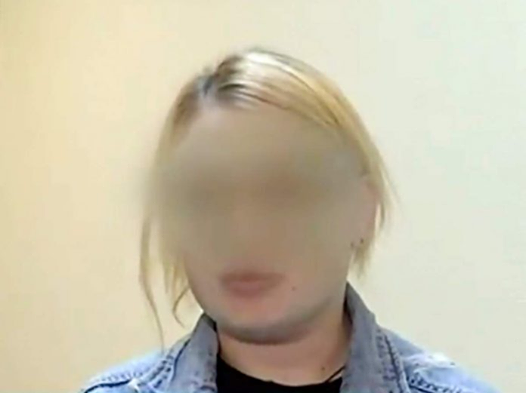 According to reports, Gadzhieva appeared unconcerned even when the group representatives warned her child could fall into the hands of criminals.

“The height of cynicism was her correspondence with her sister, who knew about everything, and in which the child’s mother discussed what boots she will buy for herself after selling the baby,” the group representatives added.

It is revealed that Gadzhieva also told one prospective buyer that she wanted to use the money for a deposit on a house.

In a statement, the Russian Investigative Committee said, “During the interrogation, the woman pleaded guilty in full and was charged. Currently the child’s life is not in danger.”

Truck crushes University lecturer, his wife and three children to death in Benue

Ashley Young becomes the sixth Inter Milan player to test positive for coronavirus with next weekend’s derby against AC Milan now in doubt.