Motherless girl, 6, is raped by 22-year-old man in Edo 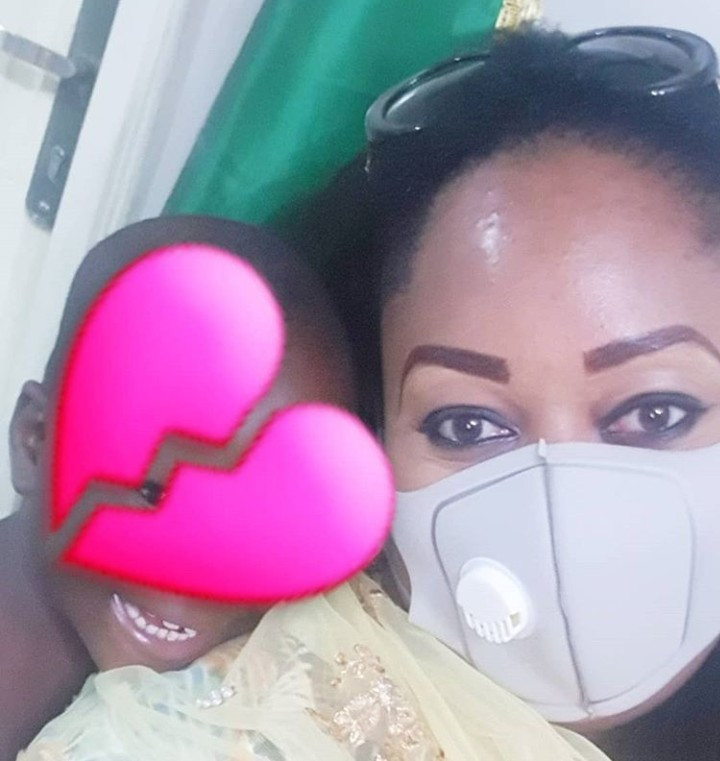 A 6-year-old girl was raped by a 22-year-old man and the child’s guardians are being forced to take money and end the case.

Hon. Omosedei Igbinedion shared a photo of the child and explained that the girl lost her mother and her biological father is nowhere to be found. She had to go live with her mum’s sister and her husband and that where she got raped by a 22-year-old man.

Omosedei added that the man standing in as the girl’s father is a Keke driver and he was encouraged to take 200,000 Naira to allow the case die down but he rejected it and wants justice.

Omosedei revealed that the “rapist is walking free, believing he is above the law and has gotten away with it.”

The politician promised to ensure that justice is served and the alleged rapist is tried. She called for an end to rape and child abuse. 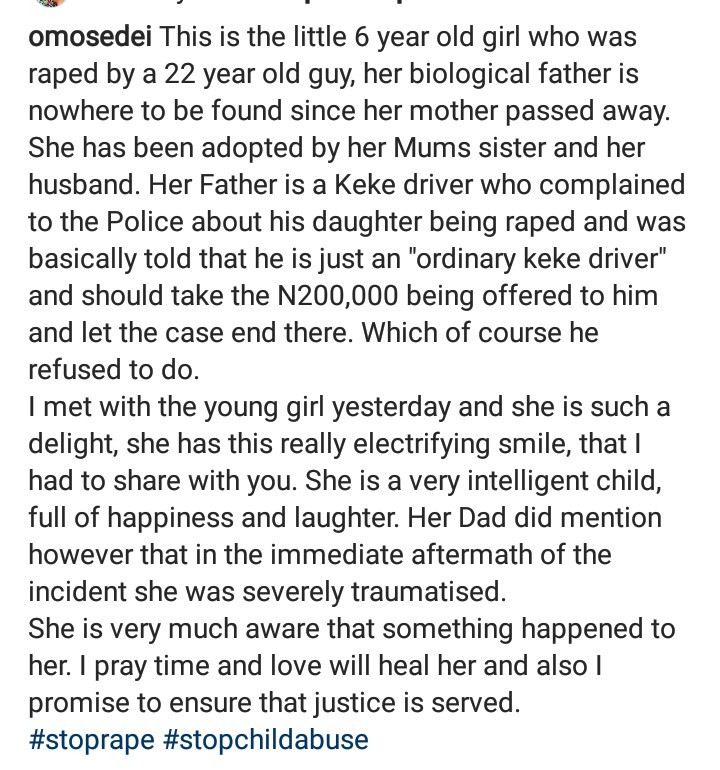