My figure eight attracted my husband to me – Erogbogbo, 90-yr-old retired teacher and Abike Dabiri,s Mum.

Alhaja Abeke Erogbogbo who is the mother of the Chairman, Nigerians in the Diaspora Commission, Abike Dabiri-Erewa, shares her experiences and advice for the aged during the COVID-19 pandemic.

I am grateful to the Almighty Allah that has made it possible for me to turn 90 on earth. I was born in Kano in 1930.

How did you know when you were born?

What can you say about your parents?

I only knew my mother; my father died very early so I did not get to know him. My mother relocated to Lagos and settled in the Ebute-Meta area of Yaba in Lagos Mainland. That was where I spent the major part of my childhood. Growing up was fun. I remember attending St Edward Brighton School in Ebute-Meta for my primary education. After my primary education I proceeded to Ansar-ud-Deen Secondary School. I could not proceed further because it was only my mother that trained me and she could not afford to do more.

You later became a teacher; how was life after secondary education?

Yes, I became a teacher after my secondary education. I had interest in teaching so I stuck to it as my first career. I first taught at a memorial school in Lagos. I was there for over two years before proceeding to teach in Ansar-ud-Deen School in Okekoko. Around that period, I got married and went to Kano with my husband. I continued with the teaching profession in Kano. When I was in Kano, I taught at Ansar-ud-Deen School there and after some time, my husband was transferred to Jos, and I started teaching in another Ansar-ud-Deen School.

How did you meet your husband?

I met him during the time I was teaching at Ansar-ud-Deen School in Ebute-Meta, Lagos. I recall that during that period, the school organised a funfair and I was actively involved in it. The period also coincided with Sallah. I probably wore a dress that caught his attention. He followed me to a bus stop when I left the school to return home. He insisted that he would follow me home and I did not object. After he knew my home, he told me he liked me and gradually, I got to know him better. He would always come by bicycle when he visited me; he had a Raleigh bicycle.

How did he propose to you?

He told me he liked me and I liked him too because he was young then and he had no wife. Before he came to me, I had vowed that I would never get married to someone who was already married. So, when I found out that he did not have a wife as a Muslim, that made me like him more. We eventually got married in 1952. However, much later, he married another woman. My last child was about 18 years old then; it is not something I would want to talk about.

What was your husband doing in Kano and Jos at the time? 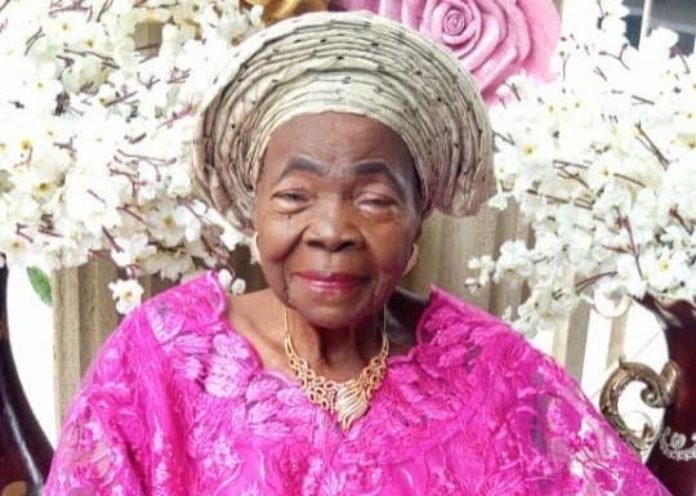 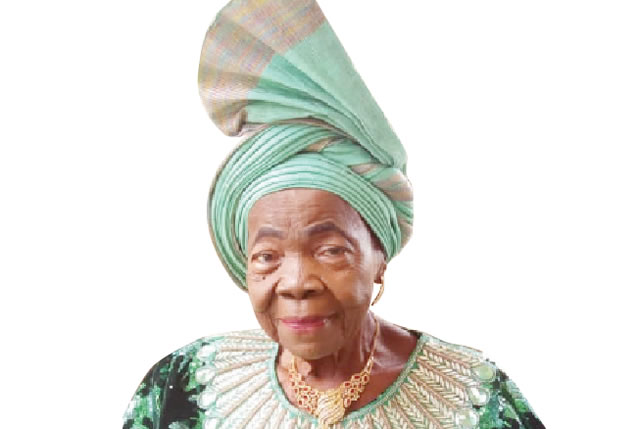 He worked with the then Shell BP in Kano and Jos for so many years before we relocated to Lagos. On our return to Lagos, he got another job with the Lagos International Airport (now Murtala Muhammed International Airport) in Ikeja. The cycle of transfers continued as we later moved to Kaduna, Benin and back to Lagos.

What was the experience like staying in so many cities in Nigeria?

Yes, it was something to experience because we got to meet a lot of people and also understood their cultures. It was quite an exciting experience staying in those cities. I also continued my teaching career in those cities and that kept me busy too.

How many children do you have and what do they do?

God blessed my marriage with seven children and they are all alive and doing well. My first daughter is Alhaja Kofo Kazeem, an accountant, while my first son is Alhaji Abayomi Erogbogbo an information technology systems consultant. Others are Taofiq Rotimi, Joke Gbeleyi, Abike Dabiri-Erewa, Moji Williams, and Shola Erogbogbo. In all, I have four female children, three male children, 23 grandchildren and 11 great grandchildren. Truly, it was Allah’s doing, not mine.

How difficult was it raising them?

Again, I give all thanks to God Almighty because he was the one that saw me through that. All the things they learnt from me came through God’s guidance; I cannot attribute it to myself or their father. God was kind to us in that regard.

You seem to have very successful children…

Naturally, a mother whose children are successful in life should be very happy and I must say I give God all the glory. May God continue to look after them.

What do you consider as your favourite food?

When I was quite young, I loved taking tea very early in the morning. I like rice as well as beans and dodo (fried plantain).

What more do you want God to do for?

I cannot count all the favours I have received from God. He has done so many things for me and I give Him all the glory. What more can I ask for than to say thank you Allah?

Why did you not join politics when you were young?

I was just a follower; I never really joined real politics. I followed the late Chief Obafemi Awolowo and Chief Lateef Jakande but I did not join party politics because I was not a politician. I recall voting for the late Awolowo during the days of the Unity Party of Nigeria. At that time, I was living around Surulere in Lagos.

When eventually one of your daughters, Abike, became a politician, did you like it?

It took me by surprise because I realised, somehow late, that she was already deeply involved in politics. I wanted to tell her to stay away but one of her sisters advised me against it. They said what if I told her to back off and she ignored me and went ahead to become successful. I took that advice and now, I thank God for her successful career in politics. God Almighty has been behind her in her political life and we are grateful for that.

As an Alhaja, you have gone on pilgrimage to Mecca in Saudi Arabia, what was the experience like?

Wow, it was great. One lesson I learnt in Mecca is that we should never argue with people and I have stuck to it.

What is the secret of your longevity?

My secret is Allah. He has been in control of my life.

Looking back, do you have any regrets?

I have no regrets in life because all my children are taking good care of me.

Do you still do any exercise?

I only did that when I was young. I was a relay runner and I was good. After that period, I can’t recall doing any exercise.

If you had the opportunity to live your life all over again, would you still marry your husband?

I would marry him because he took care of me. But like every couple, we have our differences. We have seven children, that means we have a peaceful marriage. He is a good husband. And he has a sense of humour. He always jokes about my ‘figure eight’. He says I still have a good figure, which was one of the things that attracted him to me. He is 94 years old now and still doing fine.

What advice do you have for young couples?

They should be contented with their marriage. Once you are married, you should stick to each other. They should remain where God has put them and not think much about wealth. It is better for women to remain with their children in one home than to move from one home to another.

Are you a member of any Muslim society?

What advice do you have for aged people like you during the COVID-19 pandemic?

Aged people should stick to the guidelines as spelt out by the Federal Government. The use of face masks is necessary, let us stick to it. We should also stop going out at this stage, let us remain at home to stay safe until we overcome this problem.

In my life, I will not do evil to anyone. Be kind and helpful to people and be your brother and sister’s keeper.

What do you want the Lagos State Government to do for the people of Ikorodu, where you live?

It is doing well and we pray for him to do better. However, it should do something about the roads in Ikorodu; some of them are in a bad state.

Jada Pinkett-Smith confesses at last, admits she had a relationship with August Alsina 4 years ago but claims she was seperated from husband at that time.

Interview with a Nigerian Prostitute.