A Nigerian lady, Hindy Umoren, who went missing after she left her home for a job interview, has been found dead.

On April 30, LIB shared the story of how a woman with the handle @Umohuduak1 took to Twitter to raise an alarm over the disappearance of her friend, Hindy Iniobong Umoren, who went for a job interview. According to Umoh Uduak, Iniobong was invited for an interview at an undisclosed location along airport road in Uyo, the state capital on Thursday, April 29. She said about two hours later, she reportedly received a frantic phone call from Hindy. She was heard screaming before the call was abruptly ended and that her phone line has been switched off ever since. Read here.

Giving an update this morning, Uduak said Hindy was raped, killed, and buried. 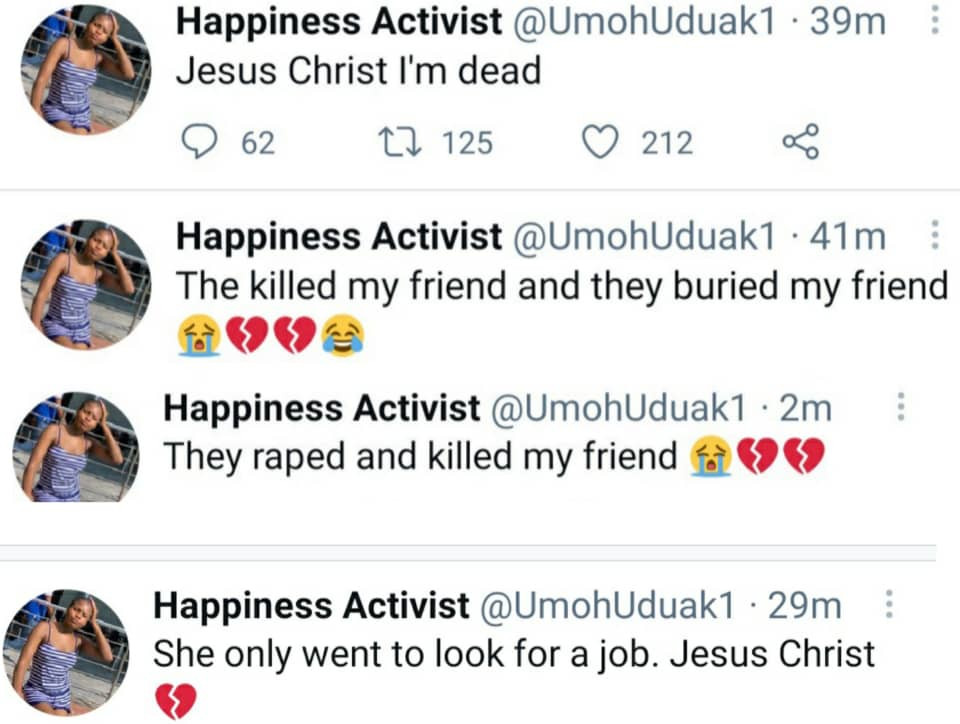 Watch a video of Uduak crying while stating that her friend has been found dead.