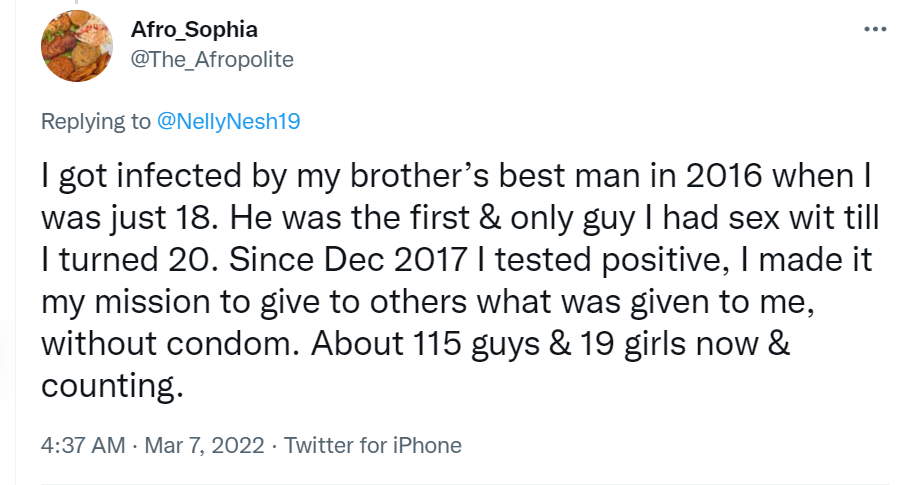 A Nigerian lady has revealed the number of people she has infected with HIV after being diagnosed with the disease in 2016.

The disclosure was made in a tweet where another Twitter user revealed how she turned out, 3 years after being infected with the virus.

@NellyNesh19 had disclosed that she was infected with HIV at the age of 21 and is doing fine now she’s 24. 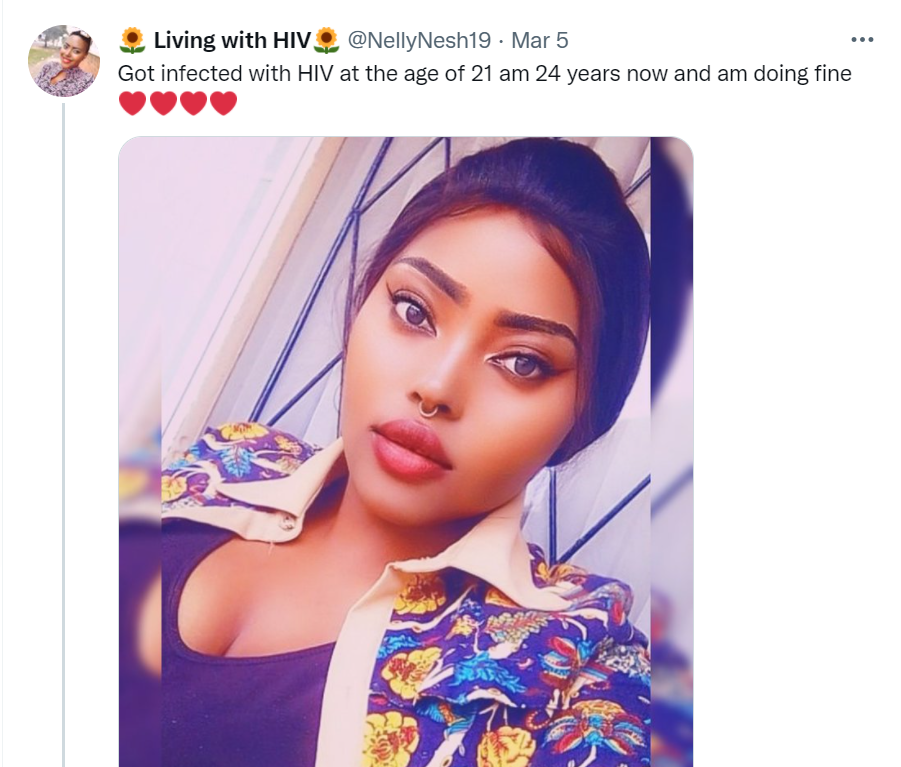 Reacting to the tweet, a Nigerian Twitter user @the_afropolite revealed that she was infected with the virus by her brother’s best friend in 2016 when she was just 18. She added that since 2017 when she tested positive, she “has made it a mission to give to others what was given to her without a condom”.

The Nigerian Twitter user further claimed that she has infected about 115 guys and 19 girls now, and is still counting.

You think you’ve the right to call me cruel? If you had known Ifeanyi, my brother’s wicked friend, you would have known what cruel looks like. Since no Nigerian bank wants to give me, a qualified banker, a job simply bcos I’m positive, then I must continue sharing it to others.

If a guy, girl or so-called lesbian cannot control her sexual urges, I don’t mind giving it to her hundred times over. Easy money for me, pleasure and then a sharing of my pains to others.

He left cut off the relationship after promising me heaven and earth. Depression got to me and I failed some courses in final year. I only managed to make 2.1 later, this was someone who was in very high first class after third year. Now I’ve graduated and can’t even get a job

Davido shows off his new watches and Maybach car (video)

Man who killed his girlfriend drops dead while burying her body