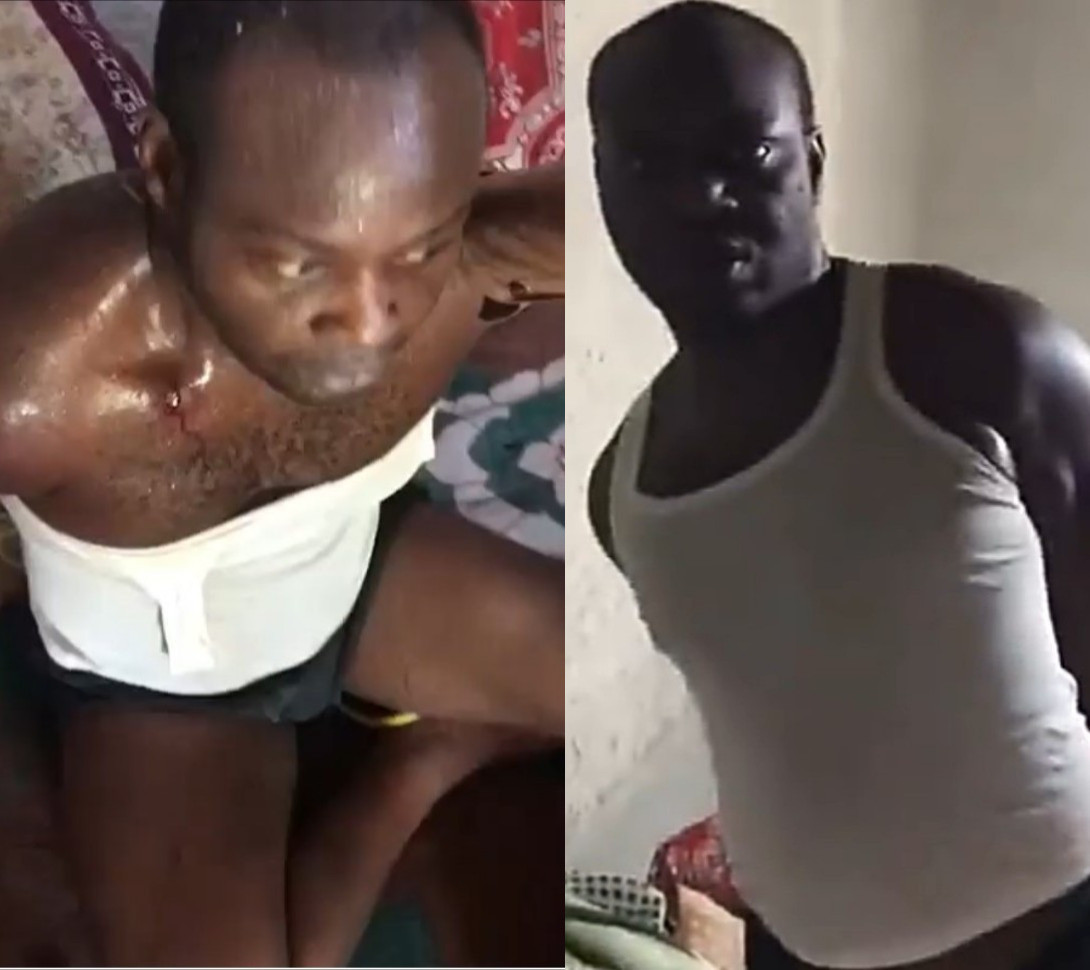 The Nigerians in Diaspora Commission, NIDCOM, has reacted to the harrowing footage of a Nigerian man crying and begging that he has only days to live as a dreaded Pakistani gang tortured him because his “brother” owes them.

According to reports, the man’s brother named Andrew used him as a collateral for a business with the group. However, as Andrew didn’t show up to pay what he owes, the gang tortured the human collateral he left behind and filmed it to serve as a warning.

In the video  the Nigerian man is seen begging his uncle to sell everything they have and pay a man called Nuruz otherwise he will be killed on July 10.

Reacting to the harrowing video, NIDCOM said the Nigerian mission in Islamabad, Pakistan, has escalated the issue for investigation.

NIDCOM tweeted: “Our attention has been drawn to this disturbing video of a Nigerian brutally beaten up and threatened to be killed by a Deadly Pakistani Gang after his brother ripped off the gang.

“We are escalating immediately to our mission in Islamabad, Pakistan for investigation.

“We call on Nigeria Community in Pakistan to be calm as the Mission will investigate and revert.” 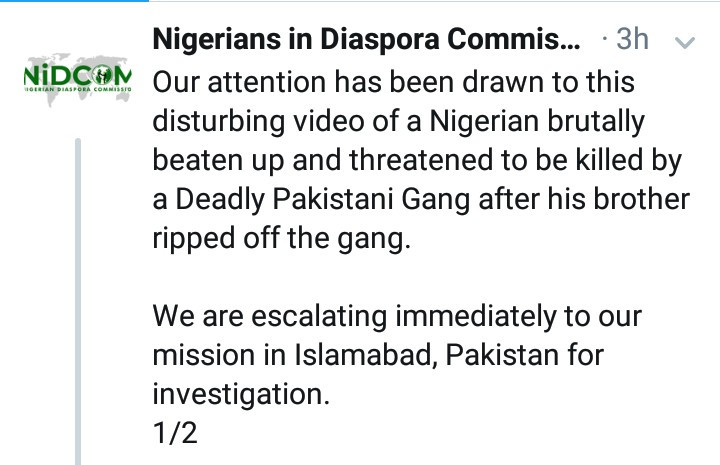 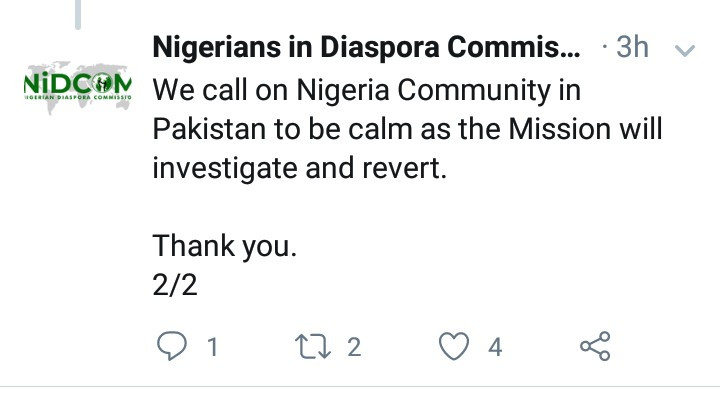