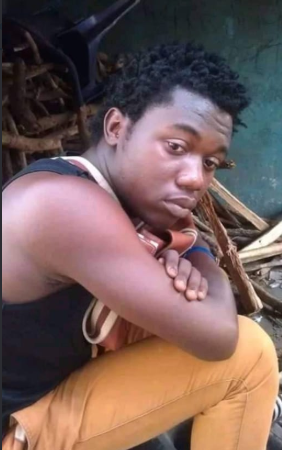 A Twitter user has raised alarm of a Nigerian man still being kept in prison for 6 years without trial after he was “wrongfully” arrested while charging his laptop at his neighbour’s house.

@hausa_girl who identified the Nigerian man as “Junior” said the criminal the police arrested during a raid at the apartment confirmed Junior was innocent, but they refused to release him.

This guy has been in maximum prison for six years without trial. He went to charge his laptop in his neighbour’s house. That was how he was raided with the guy. Junior is not a criminal.. Six years of his life is wasted and he’s still awaiting trial.

The criminal they arrested told them Junior was innocent but they didn’t release him. Let’s get him out please..

Our voices has to be heard!!! For how long will innocent people suffer from this failed system? Different cases of juvenile in prison for stealing onion or being in jail for raided with criminals.. He has wasted 6years of his life. This country owes Junior his life!

Nigerian lady recounts how she was almost kidnapped in Lagos

About-to-wed killed by lightning in Edo