Nigerian MMA fighter, Israel Adesanya honours his father and buys his mom a Porsche ahead of his next fight on Saturday (Photos) 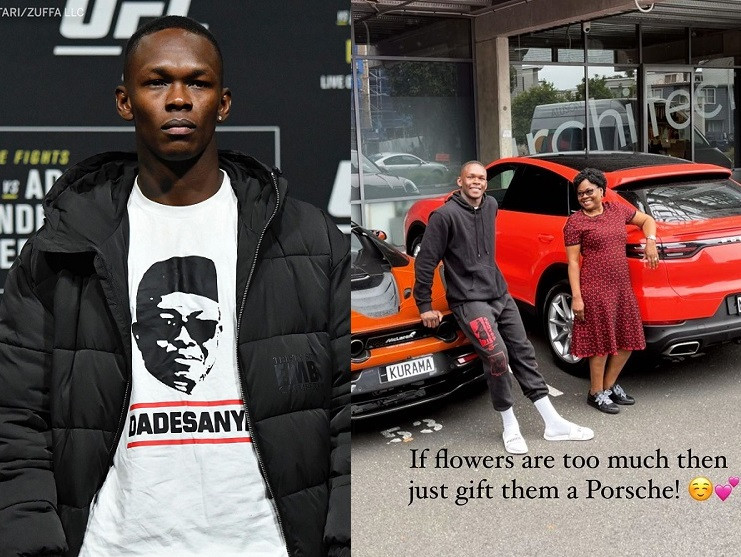 The 31-year-old arrived for the press conference on Friday, March 5, rocking a white ‘Dadesanya’ t-shirt with his father’s face on it. 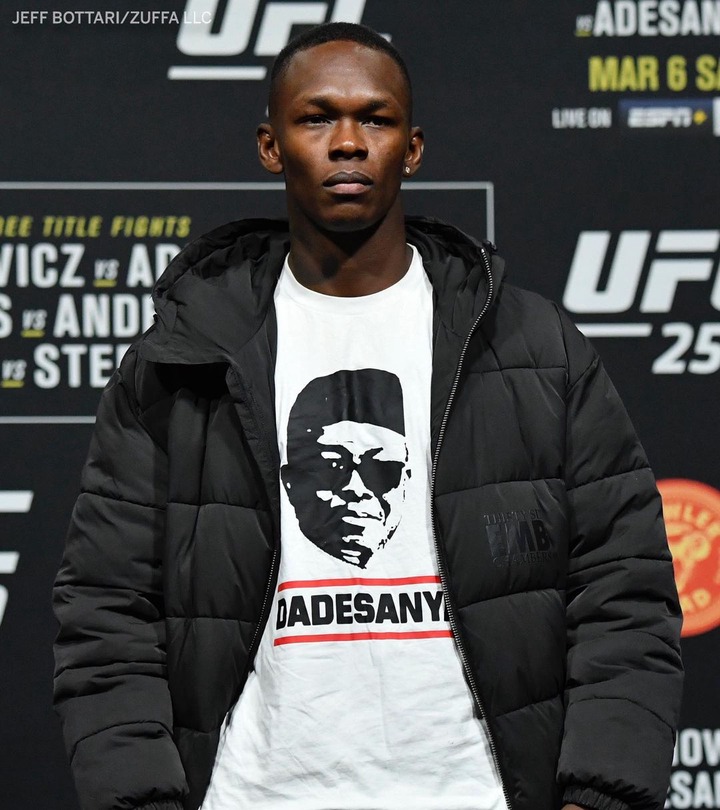 He later took to his Instagram story to share a photo of the Porshe he bought for his mother, Taiwo, ahead of his fight. 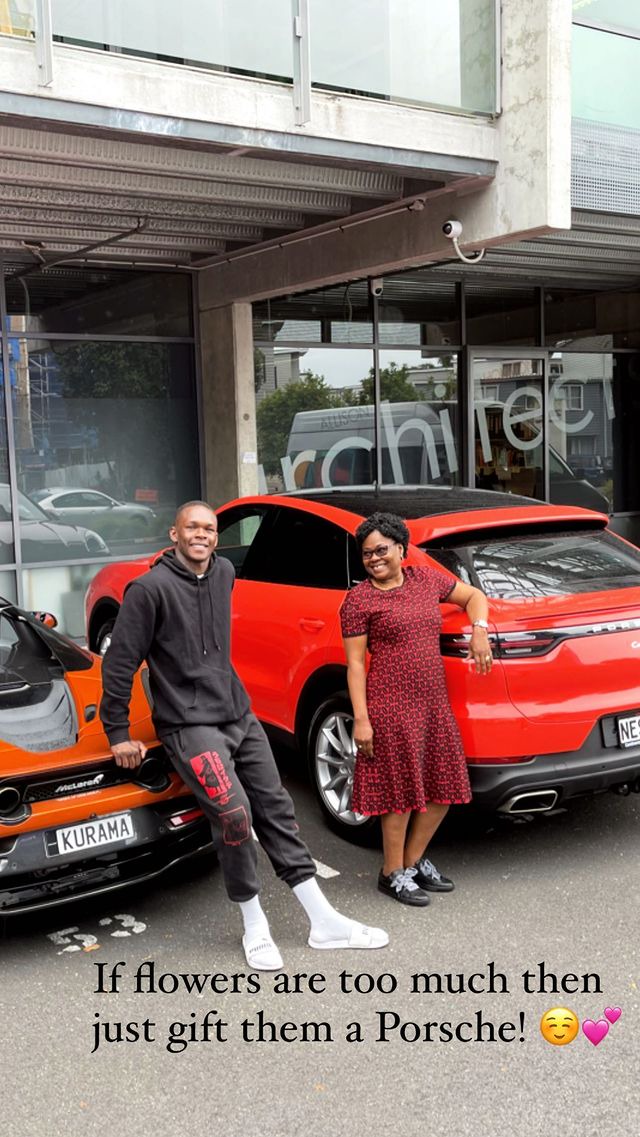 Adesanya, who boasts a 20-0 UFC record, will be hoping to beat Blachowicz and become the fifth only two-weight champion in UFC history.

FFK denies claims of beating his ex-wife Precious Chikwendu while she was pregnant, accuses her of adultery and attempting to kill him and their sons