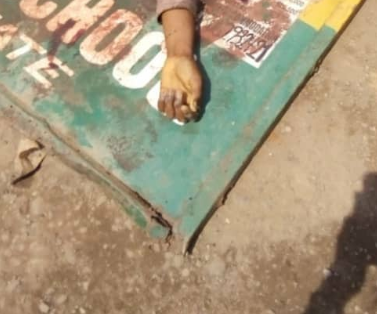 According to reports, the policeman had stopped the motorcycle rider for not wearing a face mask. An altercation ensued between both men after the Okada man allegedly refused to give a N50 bribe. The area is currently in Chaos as residents are demanding justice for the deceased Okada rider.

The spokesperson of the state police command is yet to comment on the incident.

See graphic photos from the incident below

Graphic: Okada rider allegedly shot dead by a police officer for not wearing a face mask at Banana junction, Orlu in Imo state today July 9. . According to reports, the okada rider had an altercation with the police officer after he refused to give N50 bribe. . . The spokesperson of the state police command is yet to comment on the incident.