Old witch with the scriptures – Cynthia Morgan slams former manager, Joy Tongo days after she attached ‘RIP’ to her photo 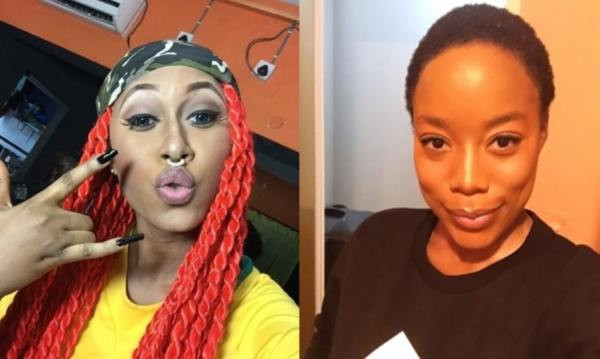 Cynthia Morgan has fired back at her former Manager, Joy Tongo who quoted scriptures after she (Cynthia) attached ‘RIP’ to her photo.

LIB reported earlier that Joy Tongo whipped up Bible verses centered on “life” in reaction to the RIP post.

However reacting to this, Cynthia Morgan described her former manager as an old witch who is quoting scriptures. She wrote;

Hahaaaaaa old witch with the scriptures. 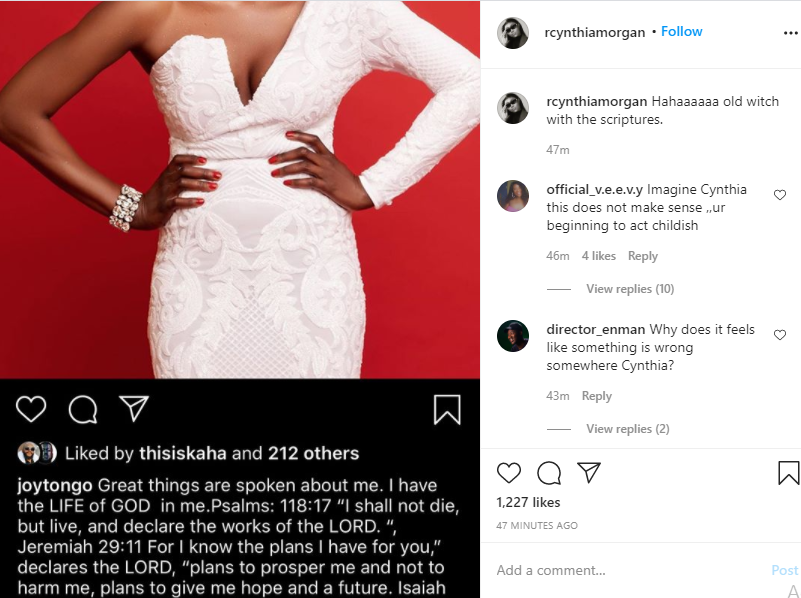 Kissing and your health

Divorce is not the end of your life, it’s an opportunity for a new beginning – Daddy Freeze writes on being a divorcee