Panic as 5 Igbo men die within one week in New Delhi, India 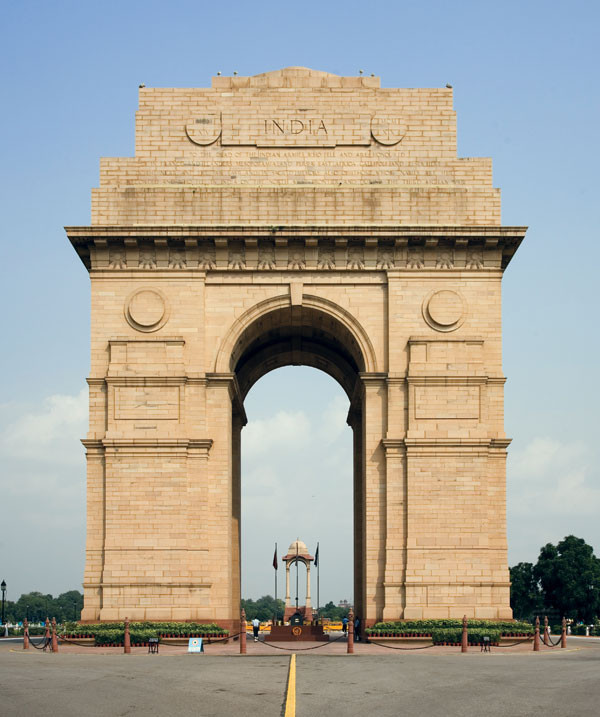 There is palpable panic in the Igbo community in New Delhi, India after five healthy men died mysteriously within one week.

A broadcaster, Okwuluora, said he was sent photos and videos from the incidents but will not be posting them.

“5 Igbo boys dead in New Delhi, India within 1 week. I was sent the videos and pictures but I will not post them. So sad to behold. May their souls find peace. These are HARD TIMES” he wrote.

Confirming the incidents on Saturday, Igbos who live in New Delhi said they are scared over the mysterious deaths.

One Ekene Ubah said: “It happened here in New Delhi, India. Their death still remain a mystery to us. We are in pain.”

Marvelous Allen said one slumped and died while climbing the staircase on Saturday.

“We are losing our brothers her in New Delhi. The one that died today just went downstairs to buy a bottle of groundnut. While coming back he fell at the step and died. In less than 4 days days 4 healthy men are dead.” he wrote.

Mike Sylvanus, who is presently in in New Delhi, said “the sad news is real because we are yet to ascertain the cause of their death. About 4 young men died just this week here though some are suspecting it might be one commitment or the other to make quick money.” 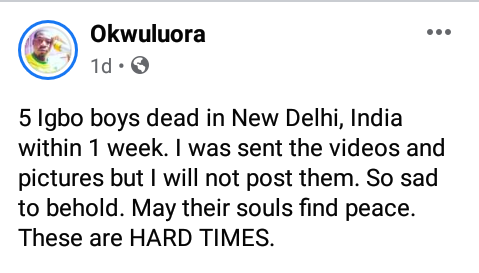 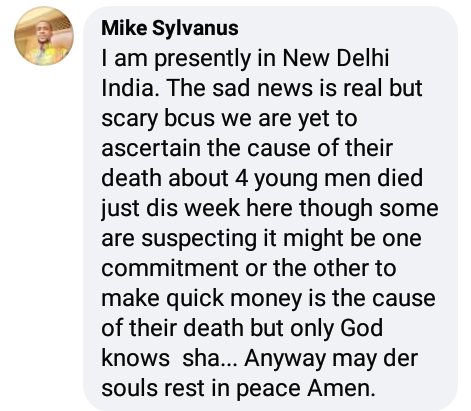 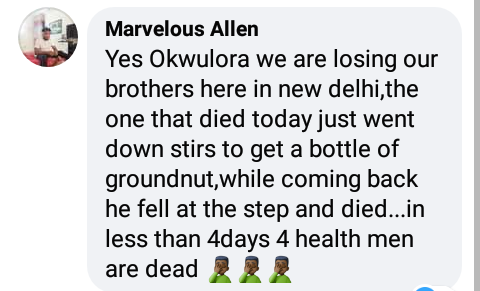 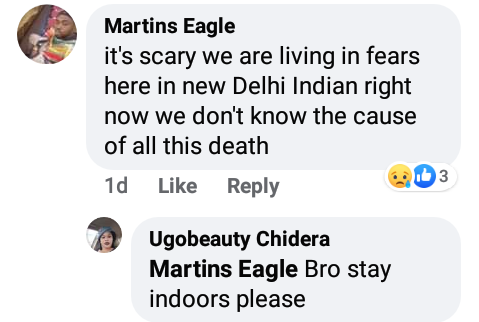 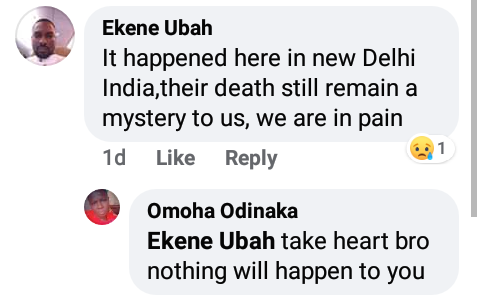 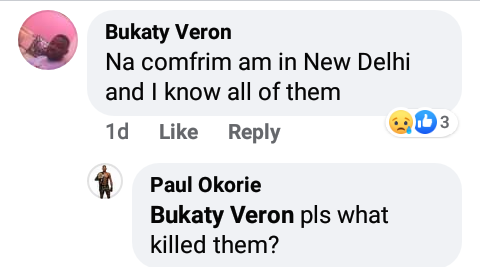