Pastor asks female members to take off their panties and shaves their pubic hair during church program. 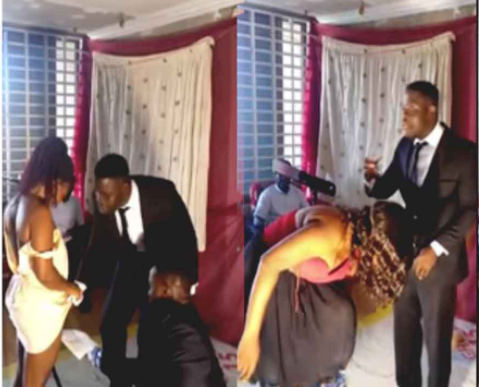 A video which has gone viral after being shared on social media showed a Pastor asking female members of his church to take off their panties before proceeding to shave their pubic hair during the church program.

He told the female members who were seeking for a miracle that it was a “divine direction” from God and also backed it up with bible verses from Leviticus.
The Pastor who seemingly knew he might be criticized, said only those with shallow knowledge of the scriptures will do so.