police officer has been accused of cutting his wife with a machete because she served him cold food.

The police officer, whose name was given as Sunday Gabriel, is reportedly in the habit of battering his wife, Women of inestimable Values, a women’s development group, claimed on Facebook.

The man reportedly attacked his wife by 12:00am in the wee hours of Thursday, July 30. 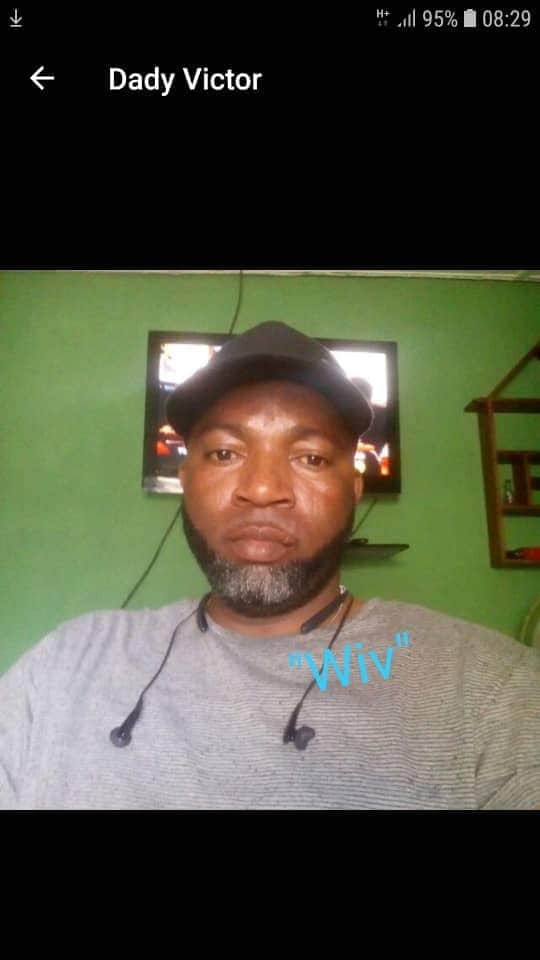 By the time the women’s development group got to the couple’s house after receiving a distress call reporting the domestic violence incident, they found the woman bleeding from the places where her husband had allegedly cut her. The husband is now on the run. 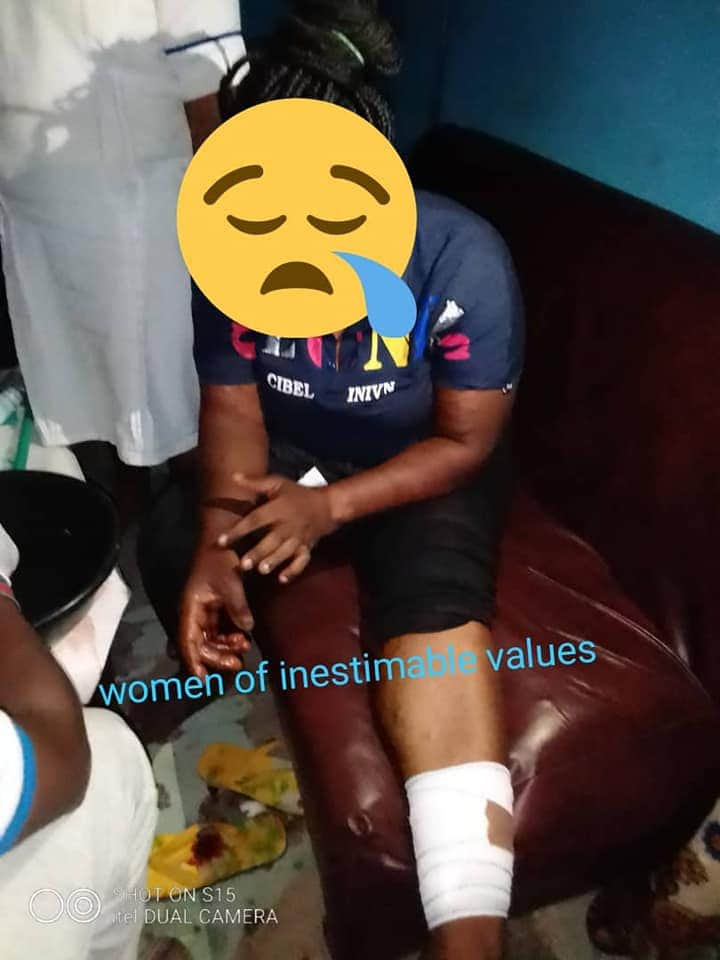 Sharing photos of the wife’s injuries, the group wrote:

“Yesterday, around 12 mid night, we received a call from one of our volunteer, informing  us about one Mr sunday Gabriel(alias woko) a serving police officer, residing at oseni street  dalemo,  Alakuko,  lagos, who was physically abusing his wife. Immediately we swang into action, a member visited the place, according to neigbours in that area, the man is use to beating the wife, with iron and various weapons, she was rushed for treatment  around 1am. At present the man is on the run. If a police officer can do this to hs wife,then am sure the citizens are not safe with such an officer.” 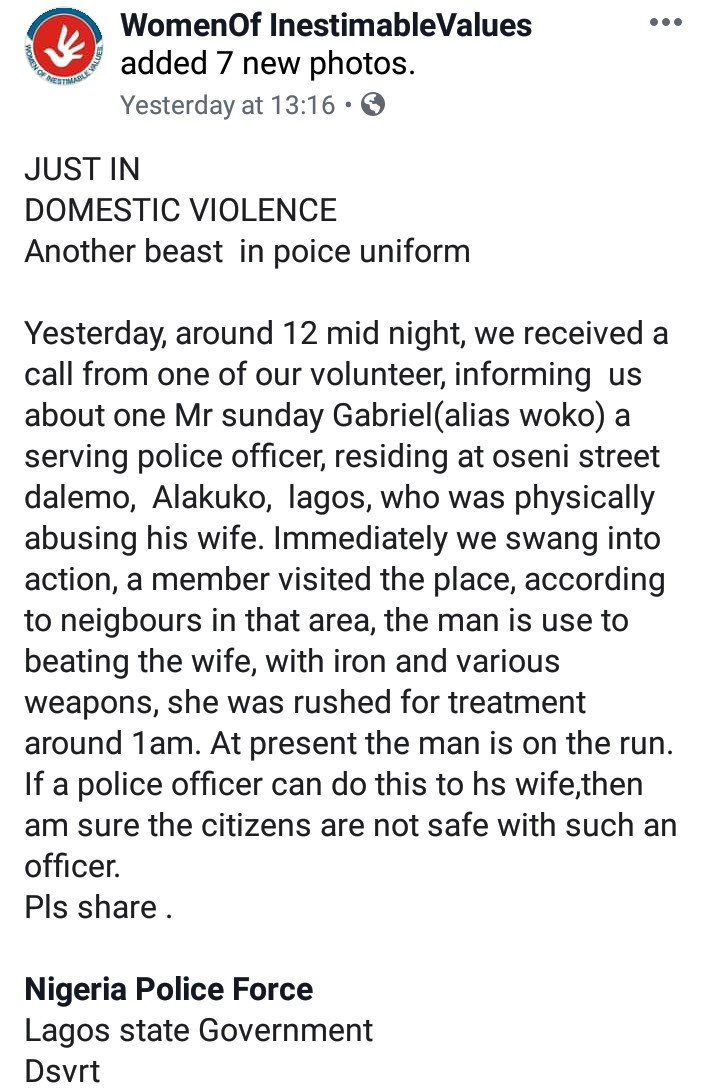 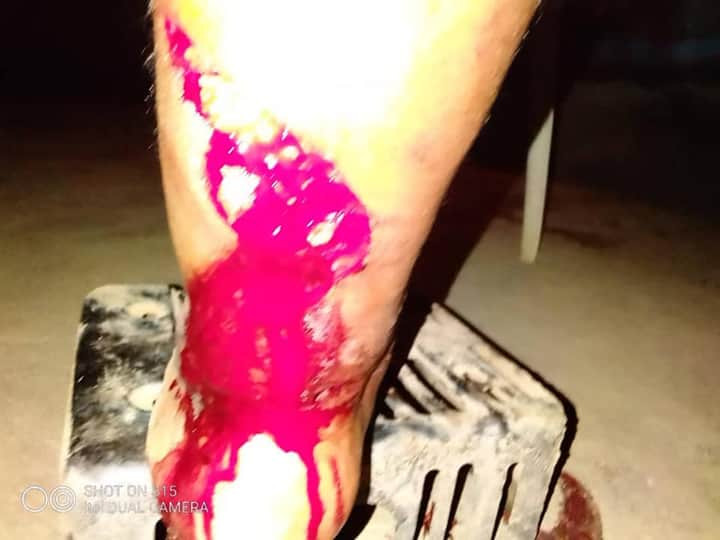 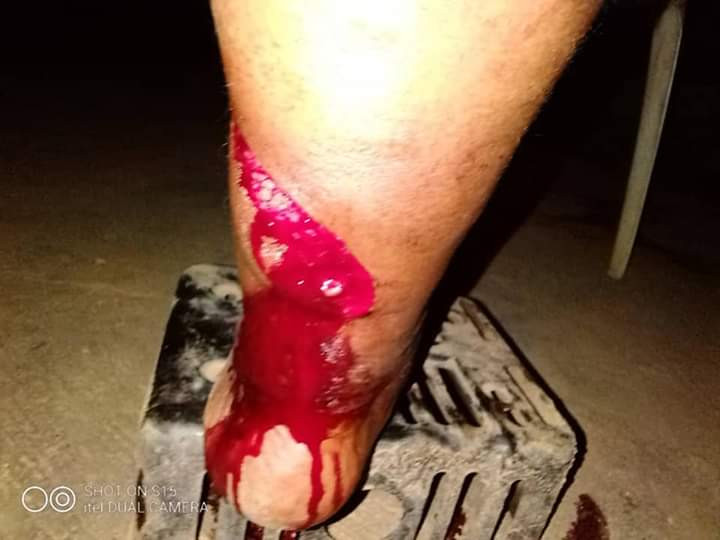 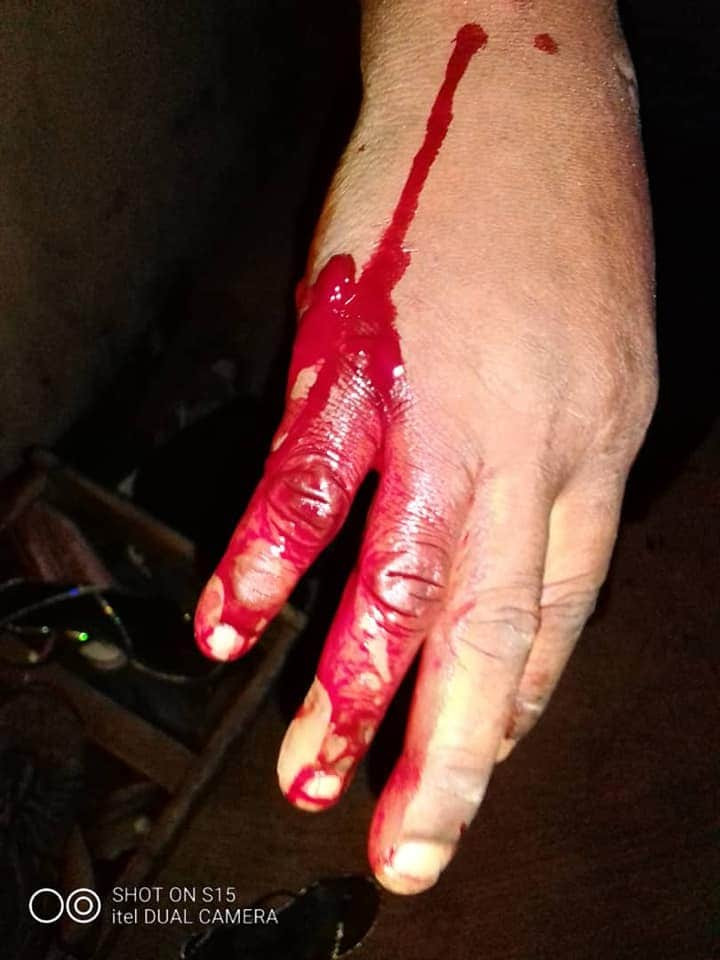 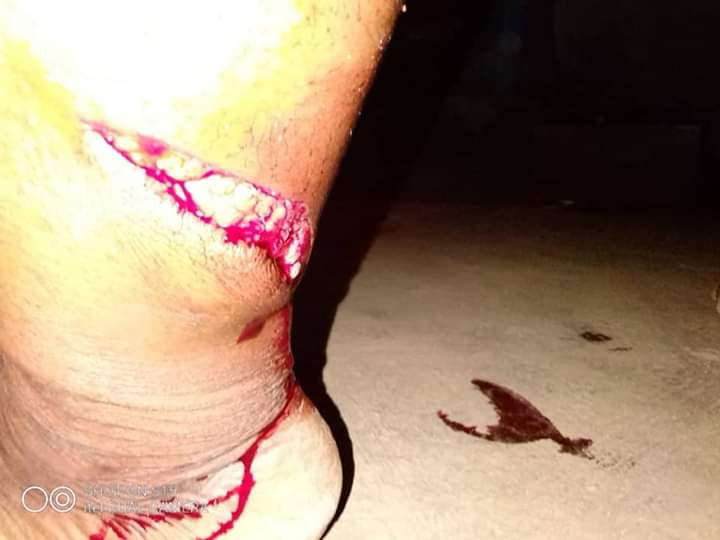 The identity of the second victim crushed to death by a container in lagos revealed.