An Engineering student of the Federal Polytechnic Ilaro, Ogun State has reportedly died in an industrial accident.

According to a report by Poly TV, the student simply identified as Samson, died after a limestone slab fell on him at a Factory in Ibese, Ogun State, where he was attached for his industrial training.

It was further gathered that another factory worker also died in the accident.

The deceased was until his death a National Diploma graduate from the Department of Mechanical Engineering. 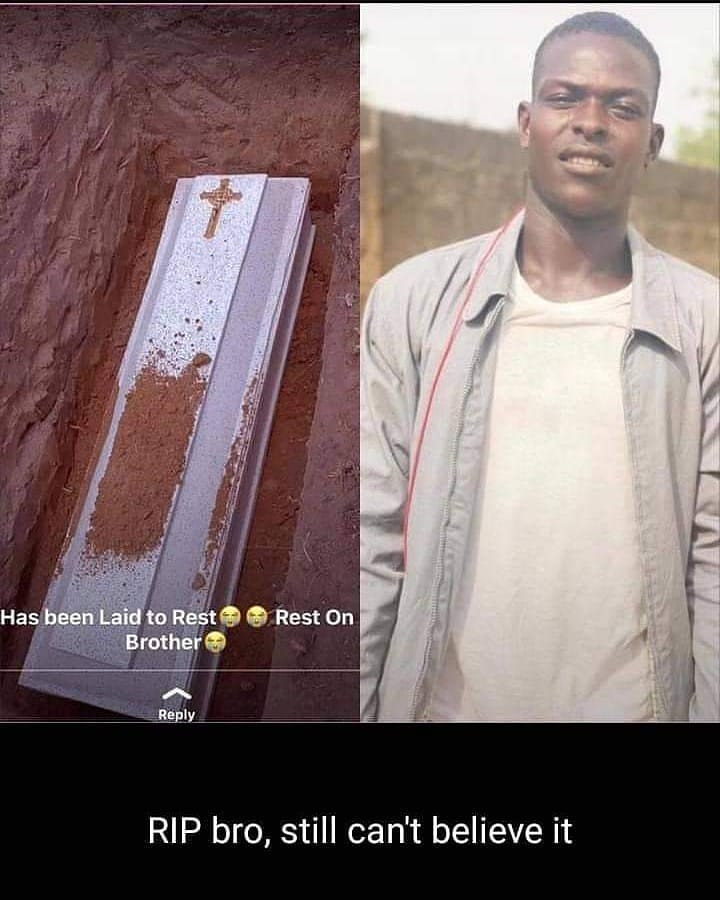 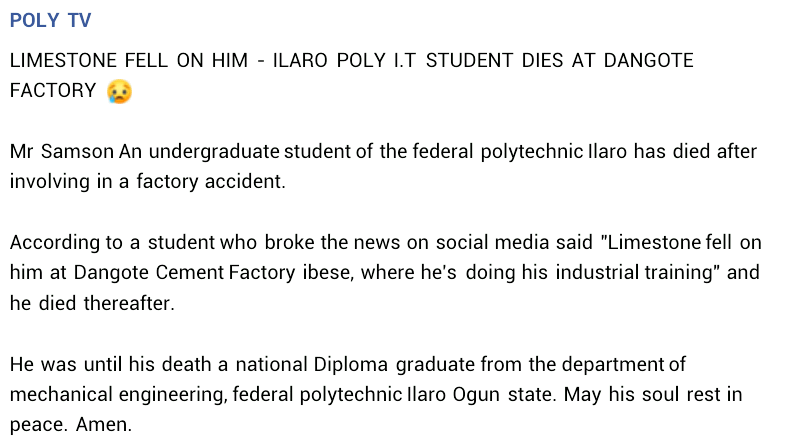