Port Harcourt based businessman allegedly found dead in his home 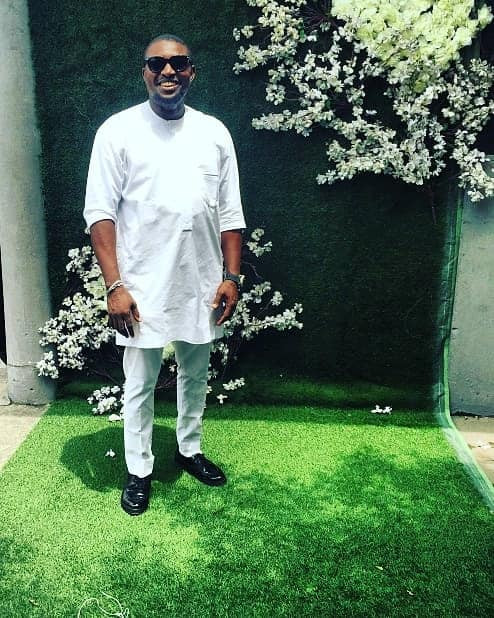 A businessman identified as Emperor Chukwu, has allegedly been found dead in his home in Port Harcourt, the Rivers State capital.

It was gathered that the man popularly known as Mperor Chuku, was found lifeless in his apartment on Tuesday monrning, April 5.

The cause of his death cannot be ascertained, however, a friend alleged that he was poisoned.

Meanwhile, friends and family have taken to Facebook to mourn the businessman. See their posts below… 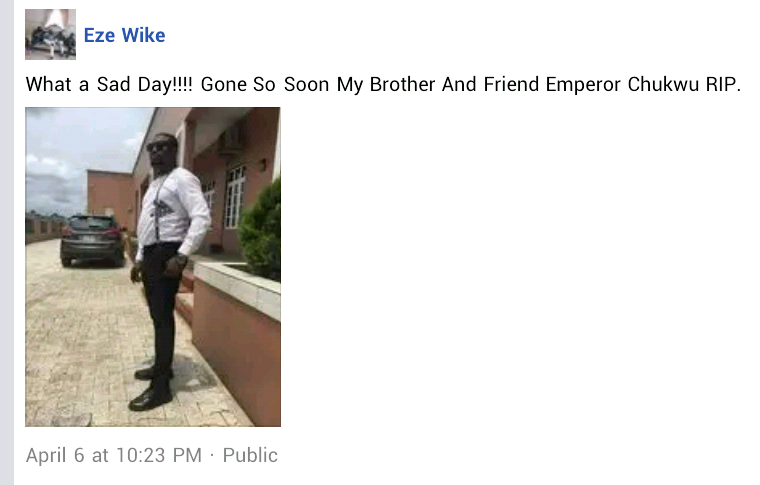 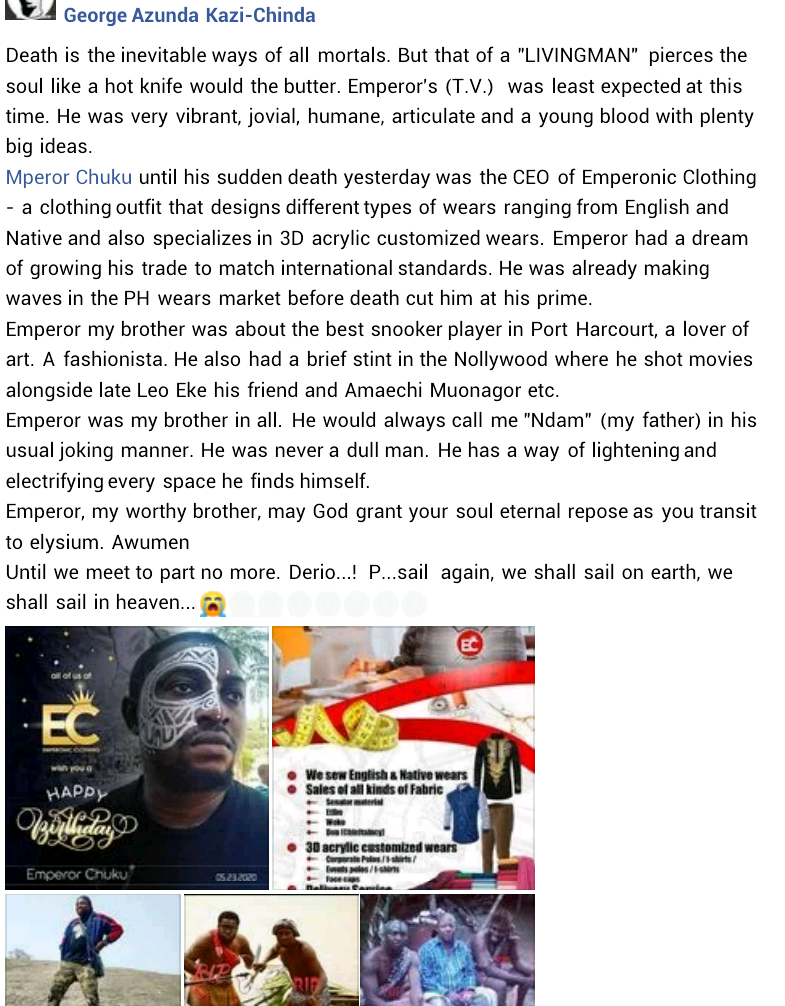 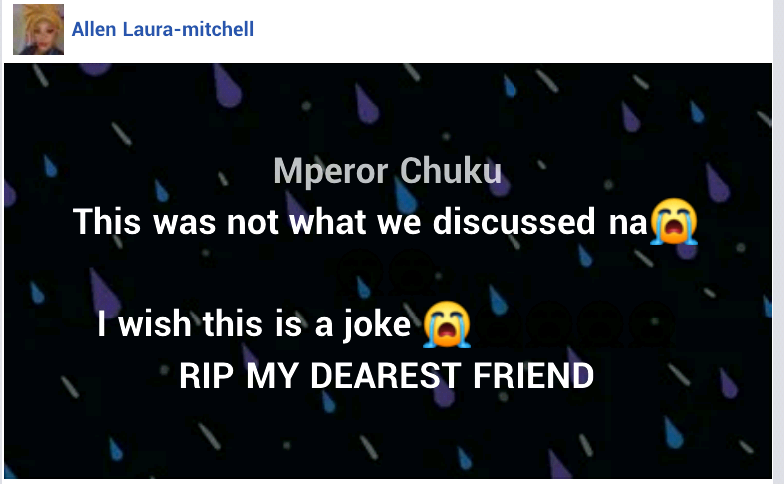 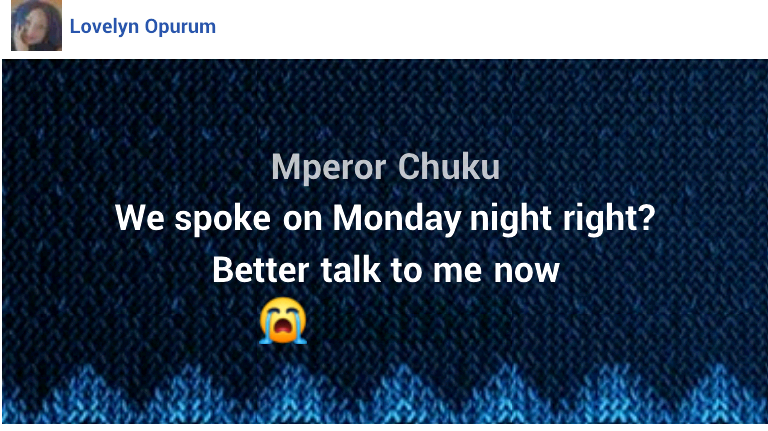 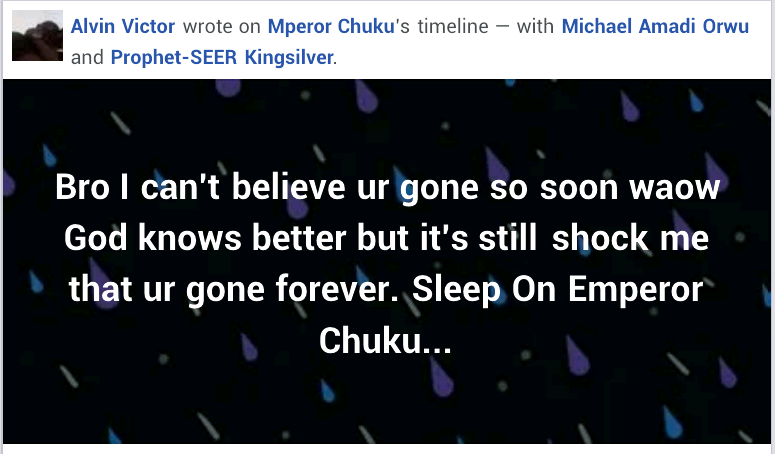