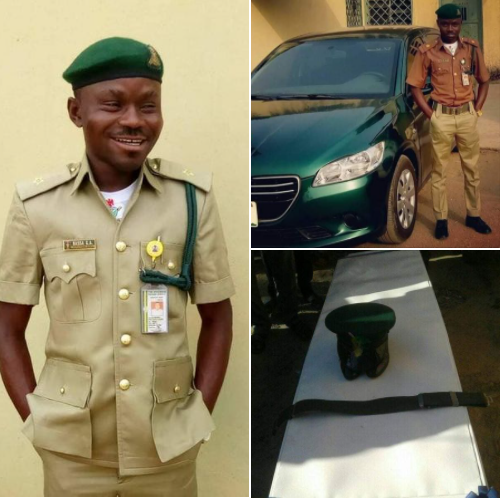 A prison officer named Alfred Bassa has been laid to rest after he allegedly committed suicide because he was denied a promotion three times despite meriting it.

He took the drastic decision to end his life as new set of officers were reportedly promoted last week and he was left out again.

Mr. Bassa was scheduled to get married to his long-time sweetheart on November 19, 2020, before he took his life.

“He has watched as his contemporaries were being selectively promoted, including some who did not even pass promotional examinations,” People’s Gazette quoted a senior official as saying.

“He should have been at least promoted to assistant superintendent of prison II bar the injustice,” his colleague said according to the publication.

Bassa was laid to rest on October 3. Mr. Bassa’s family, from Nasarawa State, said they would file charges to enforce his posthumous promotion.

Friends of the deceased have gone on Facebook to mourn him.

Ubimago Ifeanyi Oboni John, a neighbour of the deceased wrote: “Alfred Bassa rest in peace. You didn’t have to call it quit this way. May heaven received your soul and grant your family the fortitude to bear this irreparable loss.

Alfred Bassa, I saw your poor mum yesterday, you have caused her pain that is hard to be soothed and wound that can never be healed.” 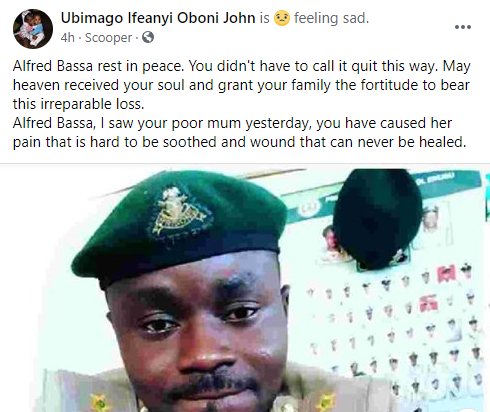 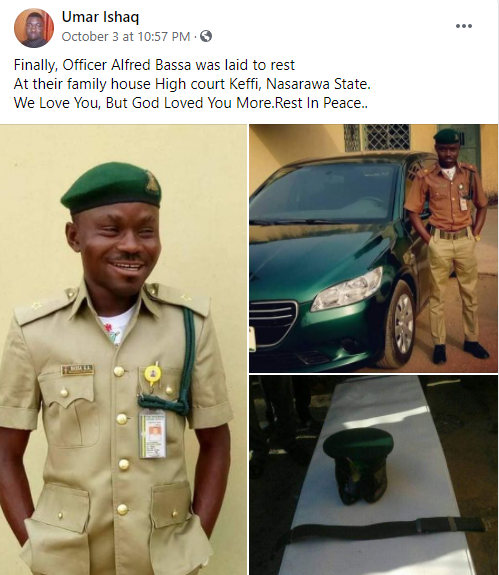