Singer, Tom Parker of The Wanted band diagnosed with a terminal and inoperable brain tumour at 32 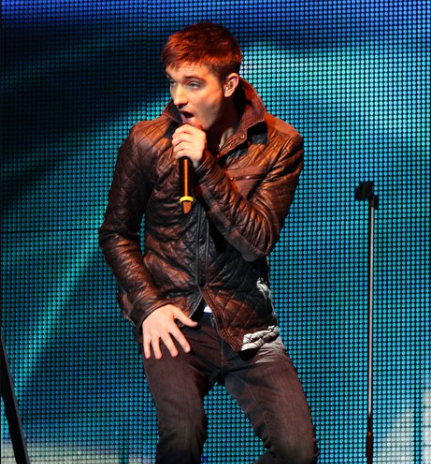 English singer, Tom Parker, who is a member of the popular U.K. boy band, The Wanted, has been diagnosed with a terminal and inoperable brain tumour.

The 32-year-old singer, who is expecting his second child with wife Kelsey, posted a statement revealing the devasting news about his battle with stage 4 glioblastoma, an aggressive cancer that can occur in the brain or spinal cord.

Sharing a family photo of himself posing with his wife and their daughter, he wrote: “Hey guys, you know that we’ve both been quiet on social media for a few weeks and it’s time to tell you why. There’s no easy way to say this but I’ve sadly been diagnosed with a Brain Tumour and I’m already undergoing treatment.”

“We decided, after a lot of thought, that rather than hiding away and trying to keep it a secret, we would do one interview where we could lay out all the details and let everyone know the facts in our own way. We are all absolutely devastated but we are gonna fight this all the way. “

“We don’t want your sadness, we just want love and positivity and together we will raise awareness of this terrible disease and look for all available treatment options.” 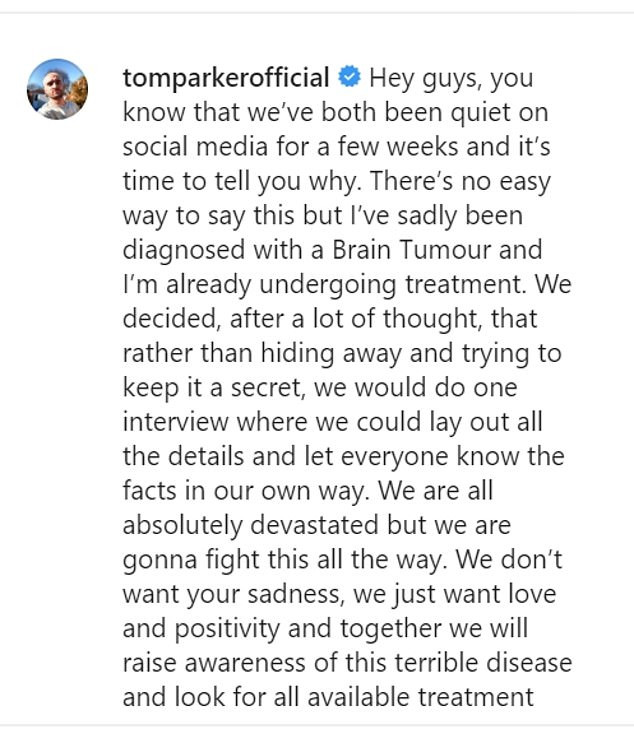 In an interview with OK! magazine, the father of one explained that he was diagnosed after undergoing tests following several unexplained seizures.

He said doctors told him that the tumour is terminal and inoperable, but he is already having radiotherapy and chemotherapy treatment in an effort to prolong his life.

Life expectancy for those diagnosed with a glioblastoma tumour is around 12 to 18 months, according to the Brain Tumour Research charity.