“So, I must be following you on Instagram?” Nollywood Director, Tchidi Chikere asks wife, Nuella as he releases video of them on their bed to dispel rumours their marriage crashed 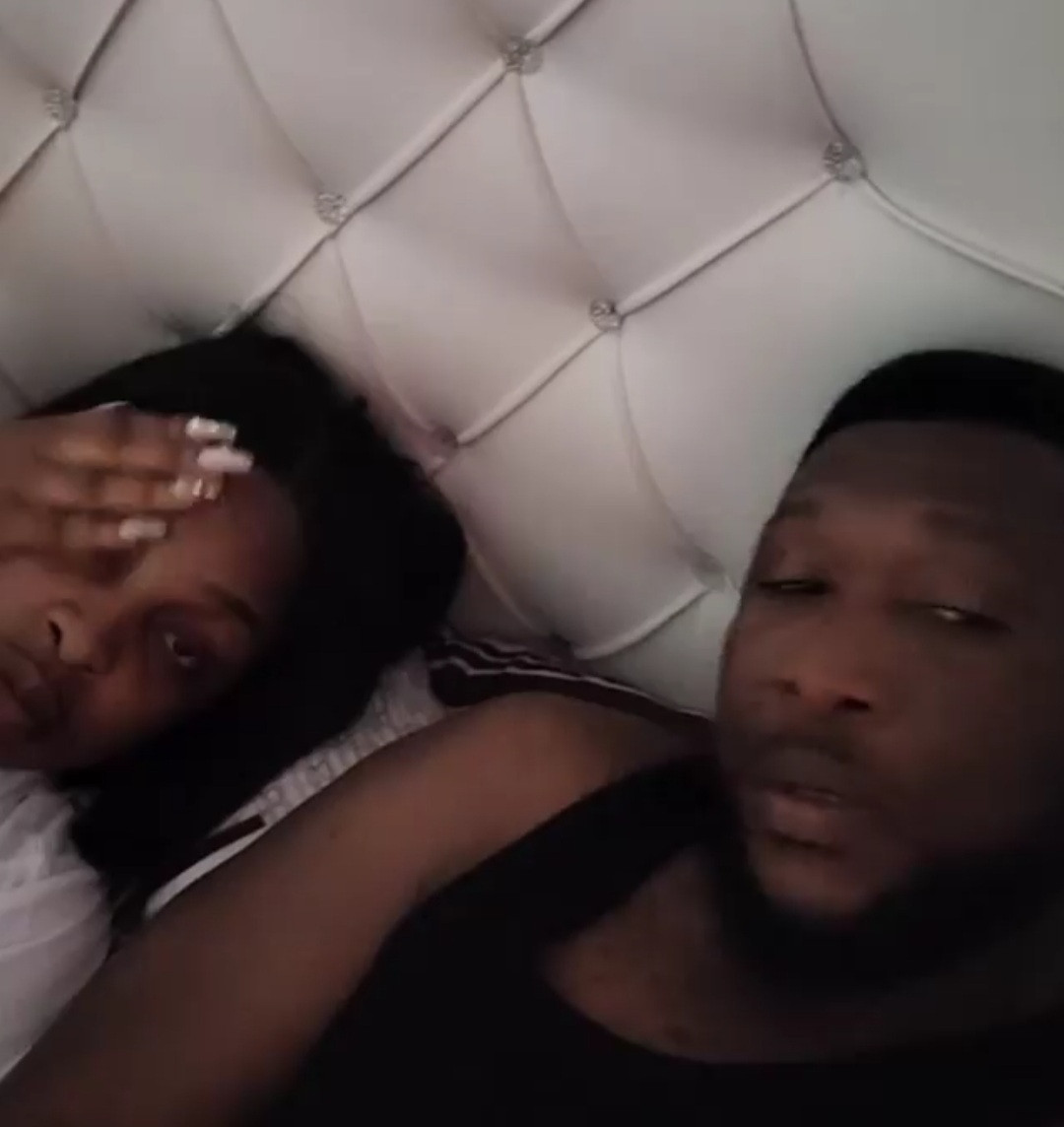 Nollywood producer and director, Tchidi Chikere and his wife Nuella Njubigbo have released a video of them in their bed to dispel rumours their marriage has crashed.

Tchidi Chikere’s former wife, Sophia Williams who shares 3 sons with him, had mocked the couple on Instagram following rumours of a split.

Also, it was noticed that Tchidi and Nuella are not following each other on Instagram and this further fueled the speculation of a rift between the couple.

In the video, Nuella is heard telling him to to stop doing a video because it feels like he’s  “proving a point.”

He then adds, “So, I must be following you on Instagram?”

Naval officer stabs Airforce personnel for having s3x with his wife