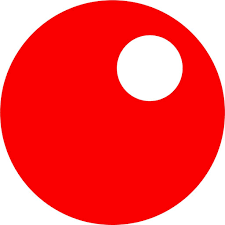 Sterling Bank Plc has joined the rest of the world to celebrate this year’s World Food Day (WFD) as part of its effort to tackle hunger and promote a more food-secure and prosperous Africa.

The day is celebrated on October 16 every year to mark the creation of the Food and Agriculture Organisation (FAO) in 1945. The theme of this year’s celebration is: Our actions are Our Future – Better production, Better Nutrition, a Better Environment and a Better Life.

Commenting on this year’s celebration, Divisional Head, Agric & Solid Minerals Finance, Bukola Awosanya, said in a statement issued by the bank that, “At Sterling Bank, we are more than convinced that agriculture holds the promise for a more food-secure and prosperous Africa and that is why the Bank has selected the sector as one of its areas of strategic focus, dedicating over 10 percent of its entire lending portfolio to it.”

The Divisional Head said Sterling Bank sees the smallholder farmers segment in the agric sector as strategic to ensuring food security on the continent and that is why the Bank has financed over 80,000 smallholder farmers till date, primarily under input finance for agricultural production activities.

The Divisional Head also said the Bank has also championed other interventions such as the Agric Summit Africa (ASA), a yearly event that brings players in the value chain and stakeholders in the agriculture sector together for conversations, deliberations and policy engagements that can drive growth in the industry and facilitate a diverse thought leadership.

Besides, Awosanya noted that SABEX, the Bank’s digital commodities trading and financing ecosystem, is also positioned to unlock efficiency and productivity in the commodities and supply chain ecosystem. This will ultimately drive down cost and food prices, she said.

She remarked that as the theme rightly puts it, “Our actions are our future. If we produce better, we will have a better nutrition, a better environment and a better life. We must act differently; we must act now.”

About the World Food Day

The World Food Day (WFD) is celebrated widely by many other organizations concerned with hunger and food security, including the World Food Programme (WFP) and the International Fund for Agricultural Development (IFAD). The WFD received the Nobel Prize in Peace for 2020 for their efforts to combat hunger, contribute to peace in conflict areas, and for playing a leading role in stopping the use of hunger as a weapon for war and conflict.

The WFD theme for 2014 was Family Farming: “Feeding the world, caring for the earth”; in 2015 it was “Social Protection and Agriculture: Breaking the Cycle of Rural Poverty”; in 2016 it is Climate Change: “Climate is changing. Food and agriculture must too”, which echoes the theme of 2008, and of 2002 and 1989 before that. The theme of 2020 was “Grow, nourish, sustain. Together. Our actions are our future.

As the FAO rightly puts it, the contradictions could not be starker – millions of people are hungry or undernourished, while large numbers are chronically overweight due to a poor diet. Smallholder farmers produce more than one-third of the world’s food, yet are some of the most affected by poverty as agriculture continues to be an unpredictable and often unsafe sector. An agri-food system that is a major contributor to climate change, which in turn, threatens food production in some of the world’s poorest areas; rampant food loss and waste, side by side with people relying on food banks or emergency food aid. The evidence is there for all to see –agri-food systems are broken and there has never been a more urgent need to transform the way the world produces and consumes food.

COVID-19 has made the conversation on food security even more important. An increasing number of countries are facing growing levels of acute food insecurity, reversing years of development gains. Even before COVID-19 reduced incomes and disrupted supply chains, chronic and acute hunger were on the rise due to various factors including conflict, socio-economic conditions, natural hazards, climate change and pests. COVID-19 has led to severe and widespread increases in global food insecurity, affecting vulnerable households in almost every country, with impacts expected to continue through 2021, into 2022, and possibly beyond as the Delta variant continues its spread.

Here in Nigeria, we are experiencing one of the most alarming increases in food prices with average hike in food prices almost doubling. This year’s World Food Day therefore calls for sober reflection and a bigger resolve to tackle the challenge of food crisis and food insecurity. There has to be concerted efforts from all fronts – public and private institutions, government and non-government organisations as well as civil society to chart a new path for a more food-secured nation.