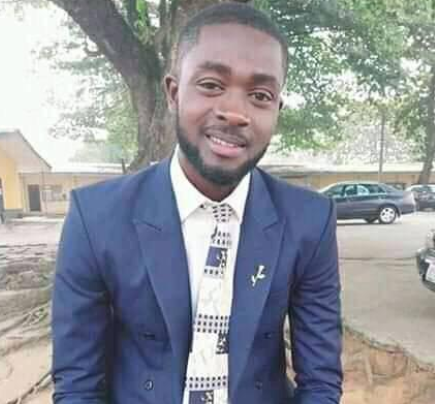 A 500-level student of Electrical Engineering, University of Port Harcourt (UNIPORT), Nzete Ogochukwu Patrick, has died after he was hit by a stray bullet in Ogume town in Ndokwa West local government area on Sunday, August 16.

According to reports, Nzete was on his way home from church when he got hit by a stray bullet following renewed hostilities in a communal clash within his community.

His colleagues and friends have taken to social media to mourn his death.

5 years no be 5days.
Death y na
God y is it dat gud pple don’t last .
My capable comr. Nzete Ogochukwu Patrick.aka pato.
It is so painful u left us in dis final stage of ur struggle.
So disheartening dat am typing Rip instead congrats bro.
U were a good friend and a superior to me .
A guy with a rare gem.
We will miss u so much Ogo.
Engineering faculty will miss u.
NIDSUG#will miss u
Electrical and Electronics Engineering department will miss u.
#Team decency #will miss u more.
RIP Ogo”

”Shocked and saddened to hear the death of a brother and friend; still can`t believe you’re no more.

Comr. Nzete Patrick Ogochukwu,
You touched lives, impacted positive changes and left behind incredible legacies. its disheartening to be typing this.

We lost a great friend, but the universe received a new beautiful star. My condolences to the family.
Rest on brother, until we meet again.”

Marks & Spencer to cut 7,000 jobs over the next three months due to COVID-19 pandemic